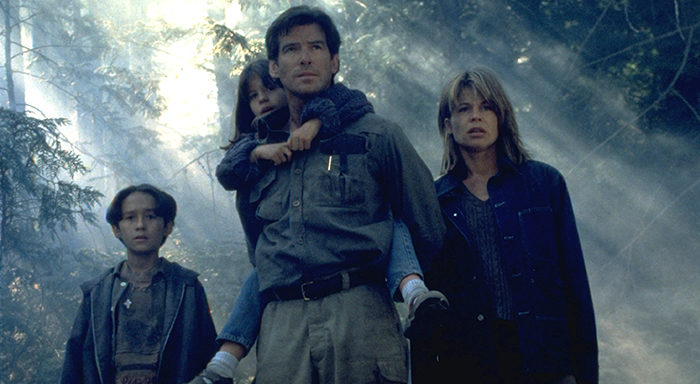 Today, A Frame Apart celebrates its 30th episode! To do so, we wanted to go big, bold, and bodacious. “Yes, but what does that mean?” you might ask. It means we’re going cataclysmic, facing off not two, not three, but four films! And not just any four films, but two sets of Twin Films, no less! This week, it’s Asteroids versus Volcanoes with 1997’s Volcano and Dante’s Peak versus 1998’s Armageddon and Deep Impact!

Amidst our discussion of these four fabulous flicks, we give a little love to Dawson McManus‘s podcast, 646, and the Modern Superior gents at See You Next Wednesday. On New Years Eve, we sat down with Dawson to talk about our favourite movie musicals on 646. The episode is now live, and you can find it on YouTube, SoundCloud, and iTunes! And this week, Ariel was a guest host on See You Next Wednesday in Casey’s absence for episode 257, wherein she and Dan had the pleasure of seeing Jordan Peele’s excellent Get Out, and Greg had the great misfortune of learning what Ben Wa balls are from Fifty Shades Darker. Check it out here.

Last, but most certainly not least, we pay a little tribute to Bill Paxton. Gone far too soon at the age of 61 due to complications during heart surgery, Paxton will be greatly missed by those he worked with, those he inspired, and fans all around the world. RIP Bill.

Be sure to check us out on Twitter, Instagram, and Facebook. Subscribe to the show on iTunes, SoundCloud, Google Play, Stitcher, or the Pocket Casts app, and leave us a review and a rating wherever possible! Like what we’re doing? Want us to change something? Let us know at aframeapartcast@gmail.com.

Why?’s Moh Lhean LP is Our Surface Noise Vinyl Release of the Week