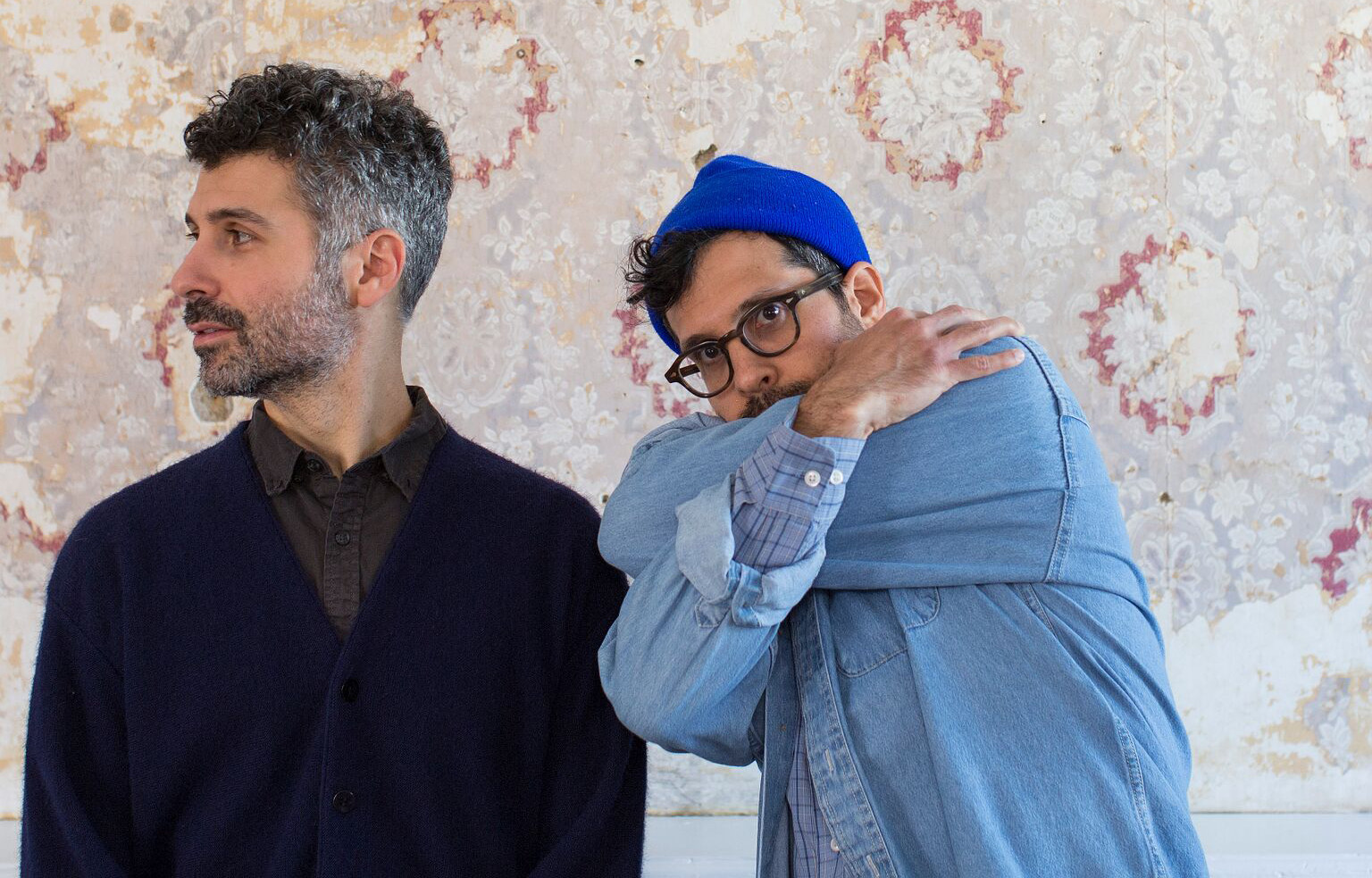 After a decade of charming their way on to web magazine best-of lists with their shaggy underdog swagger and cynical sense of humor, hip-hop-indie-rockers Why? are getting serious.

Moh Lhean, the band’s sixth studio album, is surprisingly earnest, trading immediacy and wit, two of the band’s previous strengths, for sincerity. On 2012’s Sod in the Seed EP and Mumps, Etc. LP, front man Yoni Wolf presented life’s big questions in the form of quote-worthy one-liners (‘I’ll hold my own death as a card in the deck/To be played when there are no other cards left’) and adorned them with a healthy supply of plucks, dings, and clicks. On Moh Lhean, Wolf brings up the existential questions with a looser grip, sharing his straight-forward feelings of longing, optimism, self-doubt and acceptance (‘Breathe in and out and go easy’) and allowing the listener space to ponder their own plot.

Musically, Wolf keeps things brief, deliberate, and warm; the 10 tracks feature a more organic, live band sound reminiscent of 2009’s underrated Eskimo Snow and the band’s layered multi-instrument pop approach is balanced by a handful of simple instrumental tracks that float by on mood rather than bombast. The crowning moment on Moh Lhean hits 23 seconds into seventh track ‘George Washington’, when a simple drum fill ushers in a bright chorus of accompanying vocals and sonic layers. Placed on any other Why? album, ‘George Washington’ would serve as a breather but, here, it’s a perfectly timed kick of energy that bursts through the slow-building tension of the previous 20 minutes.

In a recent interview, Wolf downplayed the significance of Moh Lhean’s shift in tone as a self-contained choice for this set of songs, so it will be interesting to see whether this new measured streak bleeds into Why?’s more outgoing, sordid side. Perhaps we’ll see more heart-filled reminders to breathe easy and surrender control mixed in with the messy tales of slashed bike tires, small-breasted ex-girlfriends, and sticky museum bathroom pastimes. For now, the end result is a record that calmly walks to the head of the line as the most cohesive and well-written music of the band’s career.

CHECK US OUT: Listen to Surface Noise, the music/comedy podcast for record collectors, on iTunes or your favorite podcast app (just search our name and you’ll see us). Click here to see our episode list and show notes online. If you enjoy what you’ve read or heard, share it with a friend! Thank you.

FINAL NOTE: This post can also be commented on and read on Medium.com.