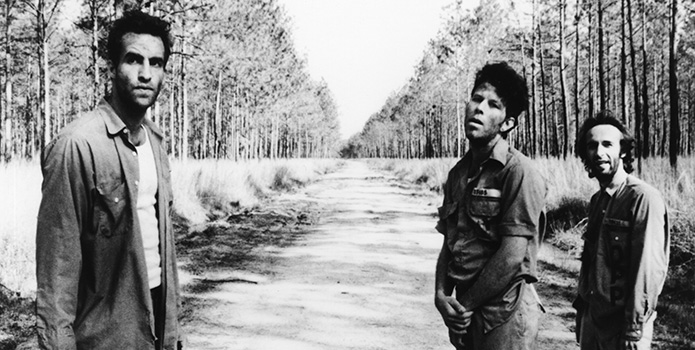 If you listen to See You Next Wednesday and happened to hear our review of Only Lovers Left Alive, you’ll know that those of us who saw the film absolutely loved it. Personally, I’m only partially familiar with Jim Jarmusch‘s output – having only seen a few of his seminal pieces of work.

Luckily for me, though, the TIFF Bell Lightbox in Toronto has recently announced their latest retrospective: Strange Paradise: The Cinema of Jim Jarmusch. A graduate of New York City’s No Wave scene, Jarmusch’s film Stranger Than Paradise became a cultural touchstone of the independent filmmaking movement – and was destined to be shown in Cinema Studies classes for years to come.

“Over the course of his single-minded yet constantly surprising career, Jim Jarmusch has become a beloved, forever-cool icon of independent cinema.”
— Dennis Lim, Director of Programming, Film Society of Lincoln Center

The Strange Paradise retrospective includes all 12 of Jarmusch’s films, up-to and including the aforementioned Only Lovers. Other highlights include his debut film Permanent Vacation, the Johnny Depp vehicle Dead Man (featuring Live Skype intro with Canadian legend and actor Gary Farmer), Broken Flowers – an integral piece in Bill Murray‘s reinvention – and Down By Law starring Tom Waits.

“The key, I think, to Jim, is that he went gray when he was 15 … As a result, he always felt like an immigrant in the teenageworld. He’s been an immigrant – a benign, fascinated foreigner – ever since. And all his films are about that.” — Tom Waits

Strange Paradise: The Cinema of Jim Jarmusch screens at TIFF Bell Lightbox – presented by TIFF Cinematheque and programmed by Brad Deane – from July 24 to August 16.

Episode 122 - Dawn of the Planet of the Apes & Begin Again

Episode 40 - Red Scorpion & The Tragically Hip's Up To Here