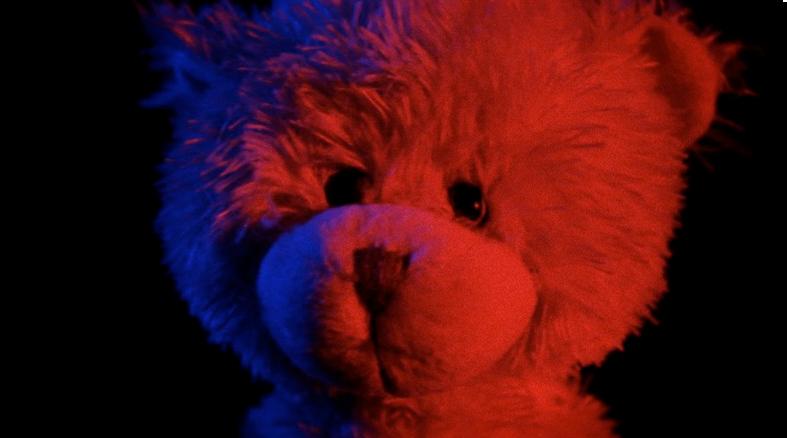 If you’ve been in or around the Toronto cult-cinema scene at all – or heck, even attended a couple of our Video Vengeance monthly VHS screenings – you may have already run into Justin Decloux. If you don’t know him, he’s one-half of the Laser Blast Film Society who also run their own series of monthly screenings at The Royal Cinema.

Over the past few years – at least three, by my internet-sleuth count – Justin has enlisted the help of many of his friends (including Laser Blast cohort and Toronto After Dark programmer Peter Kuplowski) to work on his upcoming feature-length film Teddy Bomb. The fruits of their labor are finally coming to light, first with their recently released teaser trailer embedded below, as well as the announcement that Teddy Bomb will be screening at the PolyGrind Film Festival in Las Vegas this October – how’s that for a low-budget success story!?

If you want to know more about the film, start by checking out the aforementioned teaser trailer above, and then feast your eyes on the plot synopsis below:

Christian has always thought of himself as a loser. Despite a cute, gun-crazy girlfriend and a bad-ass martial-arts expert for a best friend, his confidence levels are always zippo. Plus, being stuck in a dead-end delivery job, his future always looks to be banal at best. But after accidentally arming a talking-sentient-robotic-teddy-bear-bomb (!) while on a routine delivery, he suddenly finds himself assailed from every direction by a small army of mysterious terrorists that plan use the “teddy bomb” to hold half the city hostage.

Keen-eyed viewers will notice plenty of Toronto-centric visuals in the teaser, including Eyesore Cinema – that alone should get you jazzed for this flick! Finally, you should probably head on over to the book of faces, and give their Official Teddy Bomb Page a hearty thumbs up to keep yourselves in the loop.

Episode 132 - A Walk Among The Tombstones & Dr. Cabbie