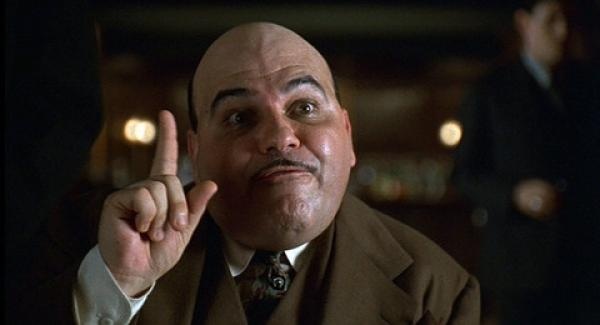 Polito as Johnny Caspar in the Coen classic Miller’s Crossing.

It is with sadness that we bring the news that character actor Jon Polito has died at the age of 65. Fans of the Coen brothers will certainly remember him as integral parts of most of their best films, including Miller’s Crossing, Barton Fink and The Big Lebowski.

Polito began his acting career in the early 80’s in film and television playing an assortment of gangsters and cops, an aesthetic that would follow him throughout his long career. Indeed, when we think of Jon Polito’s on screen persona it is often with shirtsleeves and suspenders or a cheap suit and a thin moustache. But though his roles were similar, he brought something nuanced and definitive to each role. That was the genius of Jon Polito.

His career saw him foray into stage work on and off Broadway, though he always gravitated back to the screens big and small, most recently appearing in episodes of ABC’s hit comedy Modern Family and on an episode of the brilliant pseudo talk show, Comedy Bang! Bang! on IFC.

No cause of death has been released as of yet.

Luke Skywalker Will Live To See Another Star War