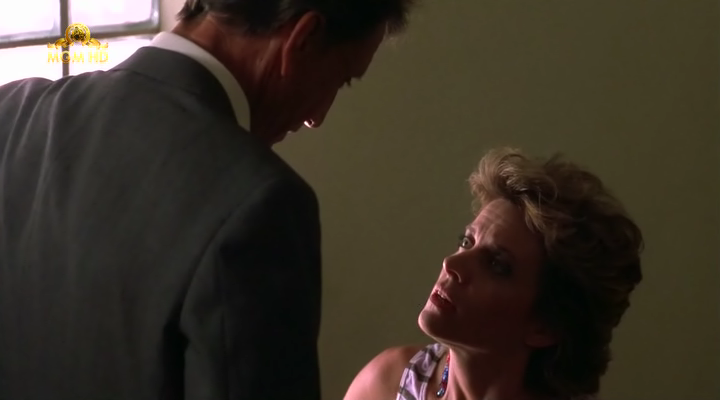 Night Game is your basic, HBO distributed late-eighties serial killer / police procedural thriller. Leisurely paced, the film might bore some viewers, but it happened to be just what I was in the mood for when I popped in the VHS.

The film follows Roy Scheider as he tracks down a hook-handed murderer who only strikes when the Houston Astros win a home game at night. Scheider puts in a film-driving performance as Mike Seaver – his silent “put the TV out the front door” moment was hilarious – and is supported by notable appearances from Paul Gleason, Kevin Cooney, Karen Young and more.

There’s a very relaxed tone at work here, and viewers expecting shoot outs and grisly murders galore will surely be disappointed. With that said, I was actually surprised by how effective a few of the murder set-pieces were – the house of mirrors in particular was borderline pitch-perfect, with the eerie clicks of the murderer’s hook scoring the scene from a distance.

On that note, Night Game is absolutely a film of minor moments – the whispering of the warrant at the door is another funny touch – and while they don’t add up to an entirely rounded thriller, they do make the film an ease to watch and enjoy.