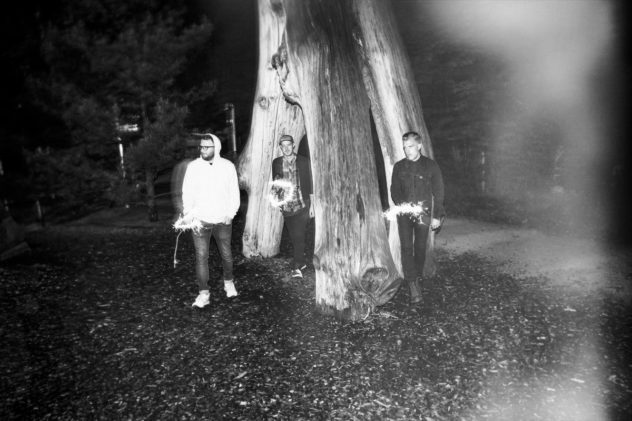 Tearjerker have been one of my favourite bands in Toronto since I discovered them by chance a few years back. Their previous work – both in EP and LP formats – have mostly been intensely DIY-lead projects; featuring hand-made releases, buttons, stickers and even cloth-wrapped packaging. This lends the group a fully-formed feeling to their creative process and art, where everything you’re holding in your hand feels fussed over, worked through, and perfectly placed together just so.

This extends to their music, too – an amalgamation of shoegaze, indie-pop and chilled out vibes – which feels thoroughly produced in the best possible way; every little sound, from the buzzing of a guitar’s string to the snap of a distant snare drum, has been locked into place with deft hands and a high level of care.

So, it’s with great pleasure that I’m able to share the debut single “Obviously Wrong” off their upcoming release Stay Wild – their first full-length since Street Quality Entertainment signed the band and re-released their terrific Hiding EP. After SQE closed its doors in 2015, Tearjerker have again returned to the independent scene, and will be releasing Stay Wild entirely on their own.

Tearjerker are easing you into their new record, as “Obviously Wrong” opens with lyrical strums of an electric guitar and a pulsing, underwater drum beat slowly coming to focus. A spiked lead-line hangs around the corners of the song, before a whistling synth brings the song together in its finale.

The song comes down on the final-half of Stay Wild – which I’ve been fortunate enough to hear, and can confirm that it continues the band’s winning streak. With upbeat pop tunes like “Phone” – featuring horn instrumentation and a major chorus – and acoustic tracks such as “Parking Lot”, Tearjerker continue to fire on all cylinders and pulse their musical concoction to perfection. I’ve been saying it for years, but Tearjerker are a band you need to be watching, and with their upcoming full length, it finally feels like all eyes really will be on Tearjerker – and I couldn’t be happier about it.

Fantavision: One System's Bizarre Launch Title Is Another Man's Gold