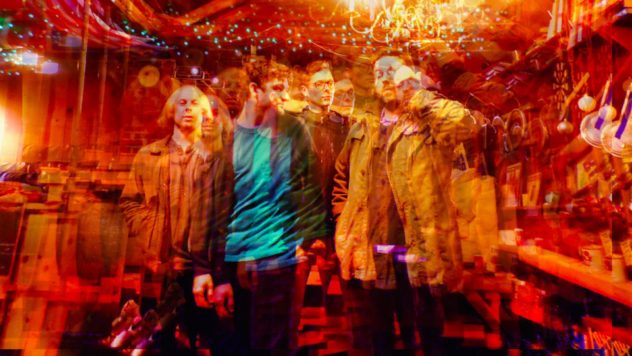 Someone Still Loves You Boris Yeltsin have fast become one of my favourite bands in the past few years. Once I heard “Oregon Girl” for the first time, I knew that I would be checking in on their albums every time they released a new one. Even though I thoroughly wore out their last few albums – including 2013’s Fly By Wire, which was a much more subdued affair than the usual Yeltsin outing – I still was completely blind-sided by their latest, The High Country.

Compared to the aforementioned Fly By Wire, The High Country is a full-on return to straight-ahead power-pop – and boy is it sounding wonderful to my ears today. Hell, I’ve already spun the album two or three times since it came out this morning. “Line On You” opens the LP with Weezer-esque lead-lines and a heckuvva chorus. “Step Brother City” follows, with it’s verse-chorus stop-starts (perfectly timed for listeners to nod along with) lining up a one-two punch of thoroughly addictive melodies. The rest of the album does contain a few slower tracks – but even these retain an energetic element to them, from the hushed (but hastily recorded) ballad “Madeline” to “Foreign Future’s” breezy verses that lead way to a wide-open chorus.

The High Road has already proven to be addictive, as I mentioned above, but judging by Someone Still Loves You Boris Yeltsin’s previous work, this will age nicely and likely fit snugly right near the top of my year-end list.

For now, I’ll let the band and press release do the rest of the talking for me. Click through the Bandcamp embed above to purchase the album digitally or physically.

A raw pop record infused with undeniable hooks, distortion pedals, passion, grit, and maybe a little insanity, The High Country is the first SSLYBY album to truly capture the power and energy the group exudes when performing live.

“We’ve always cranked our amps up in practice and at shows, but we always kept it off our records,” says guitarist/vocalist Phil Dickey. “This time we wanted to go beyond our mid-tempo tendencies and make something really satisfying.”

[Bassist Tom] Hembree was ultimately the one to suggest The High Country, a name with no particular meaning beyond the simple fact the band members thought it sounded good.

And perhaps that criteria is more fitting than anything else. Because, when it comes right down to it, with The High Country SSLYBY have crafted a collection of songs that just sound damn good.

Episode 13 - Daredevil Went Down to Georgia