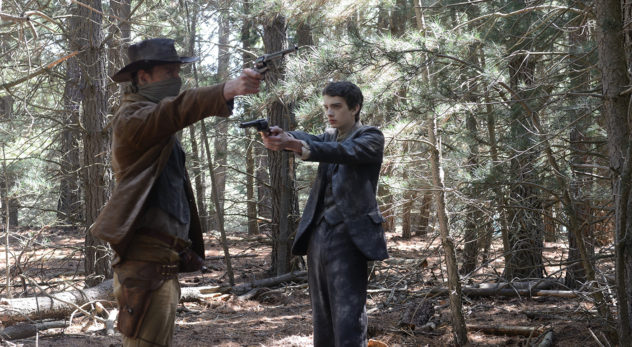 It’s time for another episode of See You Next Wednesday! This week, we’re checking in with some winner’s choice… choices… when Casey takes a long and satisfying journey before reporting back on the indie-western film Slow West – directed by a member of The Beta Band! Is this flick a mix-up of established tones and styles, or does it stand on its own legs? Then, Dan steps inside the mind of a legend when he watches the buzzed-about documentary Cobain: Montage of Heck and shares his thoughts as a casual Nirvana fan – and someone who never really delved deep in to the goings-on outside of their records.

Once that’s all wrapped up, we throw to Greg and see just how bad the 1999 film Wing Commander is – and if it contains any hilarious space-felines. Hmm! Then, they all listen to a great indie-rock record Occam’s Razor from the relatively obscure band The Spills.

All of this, plus we dive into some trailers (American Ultra & Point Break,) discuss some movie news (including the just-announced remake of Big Trouble in Little China starring The Rock,) review some movies (Silver Linings Playbook, The Wolf of Wall Street, About Time) and so, so much more! Finally, Casey has us covered for our weekly dose of Beverly Hills, 90210 in 9021Oh Yeah Relay!

Someone Still Loves You Boris Yeltsin Returns To "The High Country"