Hugh Jackman’s final portrayal of everyone’s favorite tantrum-prone Canadian has been given a name, Logan, and a teaser poster: 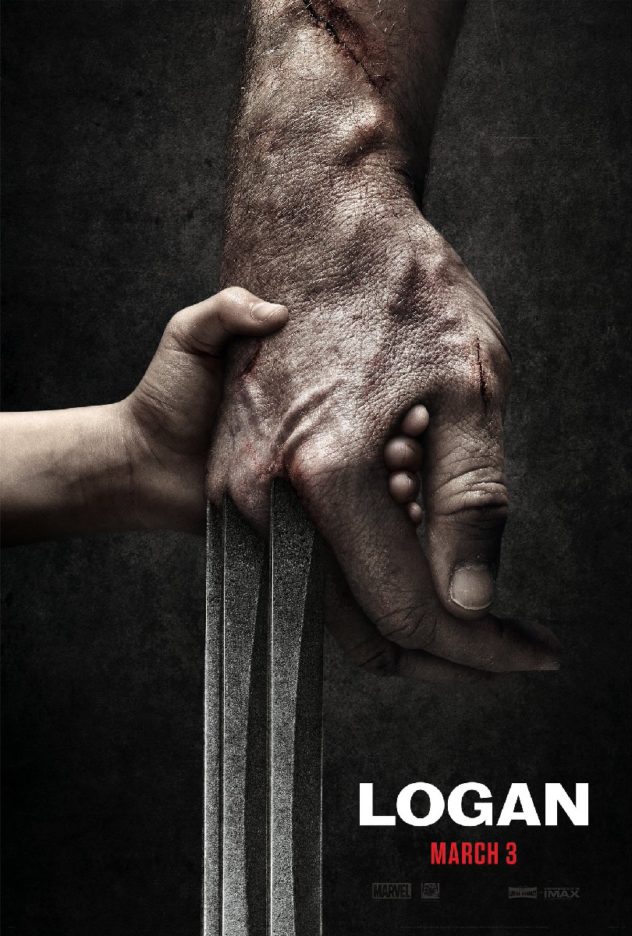 That’s right, Wolvie’s back, and this time he brings with him a child’s hand, possibly a whole child! Speculation as to who the child could be has already begun to sweep the internet. The film’s director, James Mangold (who also helmed 2013’s The Wolverine) tweeted a picture of a page from the script, a move that seems antithetical to super hero movies’ usual modus operandi of shrouded secrecy:

Page two of our screenplay. pic.twitter.com/5X93NtWuVS

We see from the page that the dialogue here will include at least one ‘shit’, something called a ‘fuckathon’, a clever, naughty, fourth-wall breaking narrator who is well aware of what kind of movie he is in (totally off topic, do you guys remember how successful that Deadpool movie was?) and that old ‘familiar SNIKT’.

The villain in this movie has been confirmed to be Mister Sinister with names like Richard E. Grant (Withnail and I) and Boyd Holbrook (Narcos) being thrown about to play him.

As to whether it’s going to be different in tone than anything they’ve done, Jackman himself has been quoted as saying:

Basically it’s going to be different. Very different in tone and hopefully to anything we’ve done.