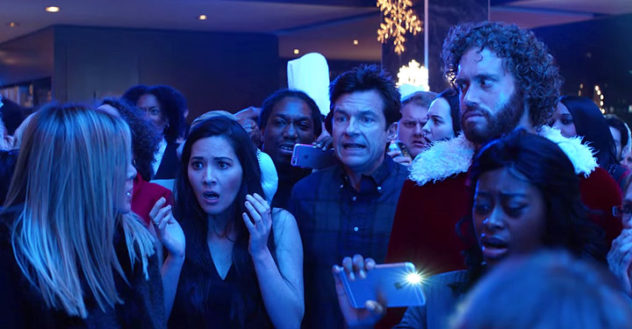 Get your egg nog ready, because we’re going full-on Christmas this week! Dan and Casey spike their drinks with the comedy-cocktail that is Office Christmas Party – starring everyone who’s anyone in the Comedy game – before Greg gets dumped into the desert by his frat-friends and has to exclaim “I’ll Be Home For Christmas!” as we watches the film of the same name – starring Jonathan Taylor Thomas. Finally, all three of us hope you don’t have a Blue and Lonesome Christmas, but we still have to listen to the new Rolling Stones album, which is an all-blues cover-album.

But first, we are talking about new trailers – The Fate of the Furious and Spider-Man Homecoming – before diving in to what movies we have been watching this week, digging up some hidden gems for the listeners, and getting into another episode of The O.C. Season 1.