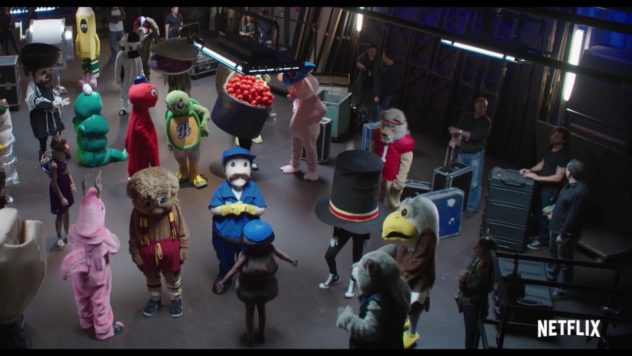 On the latest episode of See You Next Wednesday, Dan and Casey suit up and discuss the latest film from Christopher Guest: the Netflix original mockumentary-comedy Mascots. How does it stand up against the impeccable work Guest has done in the past? They’re going to tell ya! And then, Greg emerges with a bag of milk and and a toonie, eh, to talk about Kevin Smith’s new movie Yoga Hosers. Is it all just stale Canadian stereotypes or is there something worth seeing in there? Finally, Greg and Casey discuss the new album from The Pixies at the hand of Dan’s punishment pick; how far have the mighty fallen this time?

Before that, they all get in the #HotTober mood by discussing the movies they’ve been watching lately – including Body Snatchers, Tourist Trap, Insidious 2, Sinister, Sorority House Massacre and much more. They also discuss the latest Rogue One, Army of One and Life on the Line trailers, and so much more! Thanks for listening!

Episode 76: Hannibal: A Feast for the Senses