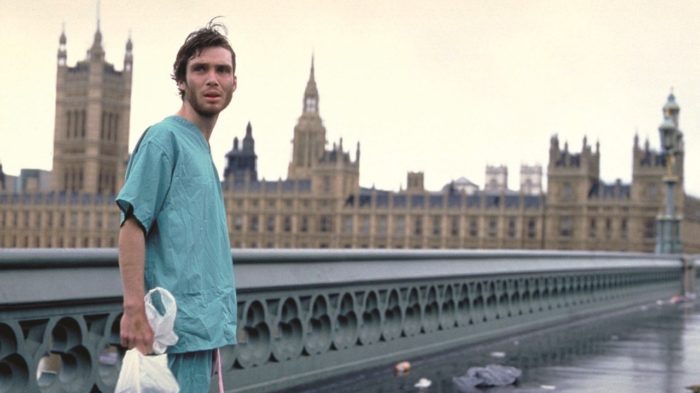 This week we wrap up our Dial Z For Zombie coverage with a look at the new breed of zombie horror through Danny Boyle’s contentious 28 Days Later (2002), Bruce McDonald’s Canadian horror gem Pontypool (2008), and Jeremy Gardner’s under-appreciated Indie The Battery (2012). Bob lays out exactly what it is about 28 Days that irks him so, Ariel appropriately loses her perspicacity when talking about the brilliance of Pontypool and how sinful it is that it isn’t more widely talked about, and both Ariel and Bob sing high and well-deserving praises of Jeremy Gardner’s The Battery, a film that has barely been given its due since its release in 2012. So grab your favourite Romero references, don’t forget your baseball bat, and remember that Kill is Kiss and you should be allllllriiiiight.

Next week marks the start of our month of family fun! That’s right, leading up to our 100th episode on Friday, July 27th, it’s a family affair here at A Frame Apart! Next week we have Bob’s sister, Jacqueline Barrow, on the show to discuss the formative flicks of their childhood: A Goofy Movie, Empire Records (the OG cut), and Bio-dome!

Our 100th episode will be a chance for Ariel to FINALLY tell Ryan he’s wrong on a podcast! Because she’s never done that before! Yes, our family and friends festivities will be capped off by our very special guest Ryan McNeil for our 100th episode wherein Bob will moderate a discussion of some of the most contentious films Ariel and Ryan have ever discussed. What’s more is we’ll be streaming the episode LIVE on Monday, July 16th at approximately 7:30pm EST! That’s right! For the first time in 100 episodes we will be letting you see our recording process uncut and uncensored from inside the A Frame Apart studios! So be sure to follow us on Instagram to keep up with all the goodies if you want to get our 100th episode early!