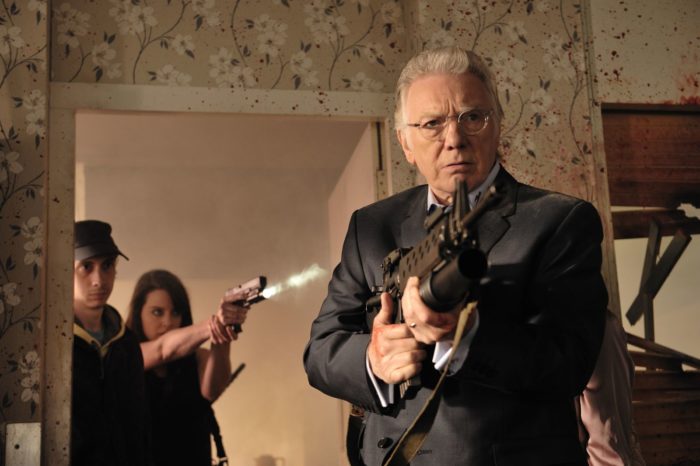 The undead festivities continue as we venture into lighter territory with yuks and guts! We’re looking at zombie comedies with Night of the Comet (1984), Return of the Living Dead (1985), and Cockneys vs Zombies (2012)! Bob and Ariel discuss the lack of zombies in Comet – a nod to Romero? Distancing from the zombie subgenre? – Linnea Quigley’s timeless appeal in Return of the Living Dead, and how Cockneys vs Zombies doesn’t quite make it to the Winchester. At the top of the episode, Bob finally gets to talk about his trip to the glorious Monroeville Mall, and the celebration of Dawn of the Dead‘s 40th anniversary! So key up that shopping montage soundtrack, put out a call for more paramedics, and get the hell out of our East End!

Next week we wrap up our zombirific programming with a look at the new breed! We’ll be talking about one of Bob’s all-time favourite zombie films, 28 Days Later, the Canadian zombie masterpiece (in Ariel’s opinion) Pontypool, and a little-known gem of indie cinema, Jeremy Gardner’s The Battery (2012).

Wish we’d talked about Shaun of the Dead? Head on over to iTunes to check out episode 45 from our Divergent Month! We dedicated an entire episode to the Three Flavours Cornetto Trilogy, and Shaun was giving his just deserts!