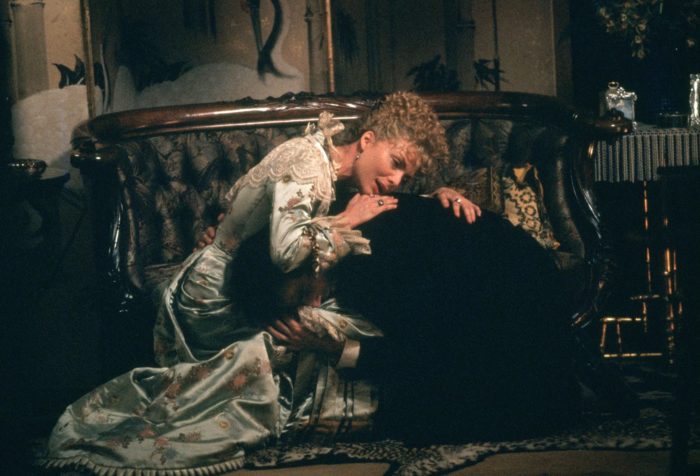 Don’t worry, you read that right. This week we’re pitting Martin Scorsese’s masterful adaptation of Edith Wharton’s Pulitzer Prize-winning novel The Age of Innocence against the film Stephen King sued to have his name taken off of, Brett Leonard’s The Lawnmower Man. That’s right, folks, it’s all about the art (or lack thereof) of adaptations! We discuss the skill with which Scorsese brings the soul of Wharton’s novel to the screen, the complete lunacy that is The Lawnmower Man, as well as the notion of fidelity to source material and authorial intent.

At the top of the episode we discuss the death of Roger Moore, Zack and Deborah Snyder’s tragic loss, the horrific Manchester Ariana Grande concert bombing, and, on a lighter note, Cannes’ treatment of Troma, and issues with Netflix. Be sure to check out the IndieGoGo page for the Brendan Mertens production Not For Resale: A Video Game Documentary.

Follow us on Twitter, Instagram, Facebook, and Tumblr. Want us to cover a specific film? Have a concept you want us to talk about? Comments or concerns? Send us an email at aframeapartcast@gmail.com! Be sure to check out Modern Superior’s new Patreon page, and please donate to our wonderful podcasting family!