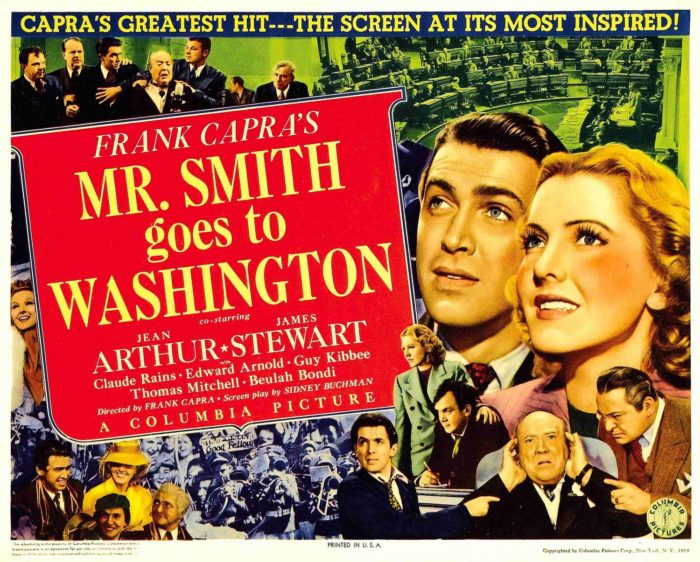 This week, Bob’s eating his darts while Ariel filibusters about Mr. Smith Goes to Washington. Given current whispers that the US Senate is trying to do away with the filibuster, an act that’s caused Trump’s senate nothing but grief, we thought Mr. Smith owed it to us to make an appearance. And what an appearance it was! Bob discusses the impact the film had on him for his first viewing, while the pair of us discuss the broader implications of the film and politics at large.

But don’t worry, it’s not too heady! We start the episode off with our review of Ridley Scott’s latest, Alien: Covenant, in theatres today! Did we love it? Or did we hate it? We’ll say this much: it’s not Prometheus … but it’s also not not Prometheus. Make of that what you will, and tune in for a Spoiler Light review of the flick.

Some small goodies for you this week. As discussed in the episode, here’s Bilge Ebiri’s Alien: Covenant review via the Village Voice. And see below for some delightful Whose Line is it Anyway? bloopers!

Follow us on Twitter, Instagram, Facebook, and Tumblr. Want us to cover a specific film? Have a concept you want us to talk about? Comments or concerns? Send us an email at aframeapartcast@gmail.com! Be sure to check out Modern Superior’s new Patreon page, and please donate to our wonderful podcasting family!