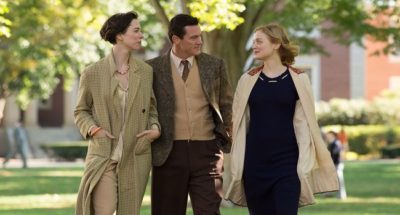 In this episode Courtney and Kristen discuss the origins of Wonder Woman, polyamorous relationships and the strong and complex women in Angela Robinson’s Professor Marston and the Wonder Women. They also spend time with their online short film pick of the week, Heather Fink ‘s The Focus Group written by and starring Sara Benincasa.