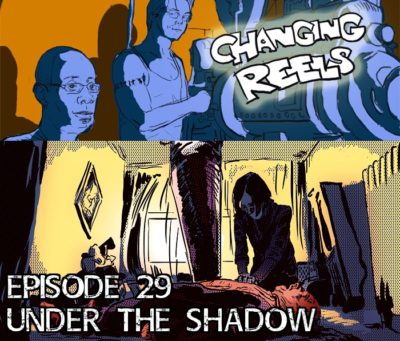 Living in post-revolutionary Tehran in the 1980s has not been easy for Shideh. With her dreams of becoming a doctor fading away due to her political activism during the war, she spends most of her time taking care of her daughter Dorsa while her husband pursues his medical career on the front lines. As the dangers of missile strike inch closer to her home, Shideh’s sanity is tested when Dorsa starts claiming that there is a spirit lurking in their home. This week we turn up the chills with Babak Anvari’s Under the Shadow. We also discuss our short film picks of the week: Paul Trillo’s At the End of the Cul-de-Sac and Steve McCarthy O Negative.