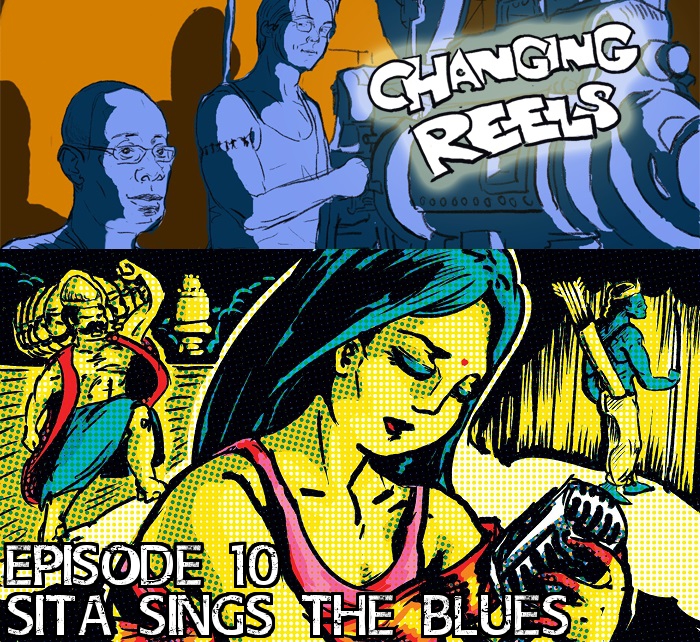 It is often said that nothing in life comes for free.  Well in the case of artist Nina Paley, that is not entirely true. Paley decided to give her animated film Sita Sings the Blues to the masses free of charge.  Using the epic Hindu poem as a catalyst for exploring the crumbling nature of her marriage, the film is both a jaunty musical and a historical tale on downside of unconditional love.  Featuring various animation styles, songs by jazz artist Annette Hanshaw and witty narrating shadow puppets, Sita Sings the Blue is a treat for the senses.  Before diving into the film, we take a moment to discuss our short films picks of the week: Fetch! and Dernier Acte.

If you like what you hear, or want to offer some constructive criticism, please take a moment to rate our show on iTunes!  If you have a comment on this episode, or want to suggest a film for us to discuss, feel free to contact us via twitter (@ChangingReelsAC) or by email (Changing.Reels.AC@gmail.com).  You can also hear our show on SoundCloud or Stitcher!

Episode 86: Billy on the Street, Rogue Flight Crew in the Sheets