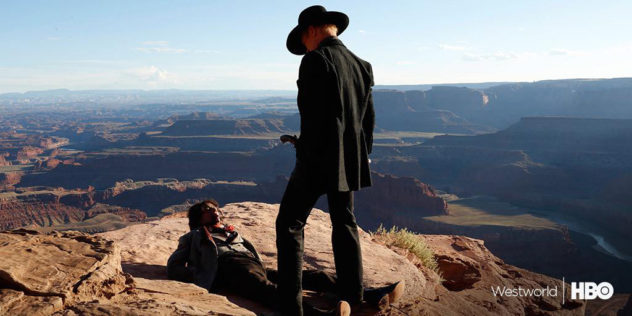 Westworld, a new series by HBO about robot cowboys who run amok is coming, and we here at Modern Superior could not be more excited. The TV remake of Michael Crichton’s 1973 film has spent a longer-than-usual stint in development, and as if to quell speculations of its quality (over-long development time is rarely the province of artistic achievement) HBO has released two trailers, one more spectacular than the next. Here is the second of the two:

The series stars Anthony Hopkins, Jeffrey Wright, Ed Harris and Evan Rachel Wood and, at the risk of editorializing, is going to burn all other shows to the ground with its stunning landscape shots, intricate, reality-bending plot lines and not least of all Hopkins’ hella intense pauses between line readings.

Episode 5 - Eat Your Darts: The Godfather