If you were in Toronto last Friday night you missed a pretty good show.

No, not the “Last Call” for DrinkAlong LIVE… that was special… but what happened after was really amazing.

Knowing that me and Dave wouldn’t have as many opportunities to do our semi-regular live outing at the Social Capital Theatre, where we’ve been stunning and amazing literally a dozen people for about a year, we decided to loosen things up by just having a short show followed by a party. Something simple. Something fun.

As luck would have it, Jackbox Games, the brains behind You Don’t Know Jack, Fibbage and Drawful, released their latest party game a few weeks back and this gave us the perfect opportunity to give it a spin.

Before we get into it, let me lay down some context for what initially drew me to Jackbox in the first place. I’ve always been a fan of trivia games. In fact, it’s one of the only genres that both my wife and I can enjoy together. They’re also unique in that the more players you have, the better they are.

Unfortunately, finding a good one is a challenge. For example, have you ever tried to play Jeopardy! with mild dyslexia? I remember all too well what a nightmare it was on the C64 and Super Nintendo.

I can’t spell worth a damn. It’s frustrating to have a game that demands you know how to spell “mononucleosis” even though you KNOW how to say it and you KNOW that it’s the correct answer… and you HAVE IT… but the game won’t accept “mononucliosus” so you lose $600 and digital Alex looks smug and you throw the controller across the room and fall asleep.

Add to that the fact that “typing” an answer out on a virtual keyboard with a control pad is akin to water torture. It doesn’t hurt at first, but the longer it goes on… man… no one is having a good time.

The other problem with trivia and party games is that you often needed as many controllers as there were players. This was compounded by games like SceneIt where the game could come bundled with EXTRA signalling devices that I’m sure are languishing in whatever household they were purchased for.

Remember to remove the batteries before throwing them in the bottom of the closet forever.

Up until last year, if you wanted to play a four-person party game, you needed to shell out $50+ for a controller that you would probably use maybe a dozen times. Let’s face it… 4-way splitscreen GoldenEye style FPS action has been pretty much sidelined to the blog posts of the nostalgic. And, as much as you don’t want to admit it, just because you bought Castle Crashers, nobody wants to come over and play a four-person side-scroller. Party guests want to watch people playing them even less.

I’ll go so far as to say that, for the longest time, you’d be hard pressed to get a bunch of people enjoying the same game in the same room without doling out the plastic instruments. But do you really want to go through that again? Can you even remotely tolerate yet another round of Nirvana done by your girlfriend’s drunken classmate?

A song about how Cobain thought everyone missed the point of his music played by people only because they couldn’t master that iPod commercial song by Jet.

You Don’t Know Jack was, and has remained over the years, the perfect trivia interface. You had smart but goofy questions, a chance to buzz in and, even though the original was released on PC, you didn’t type in your answer. Instead you had a list of four pre-selected answers to choose from. It added the quick-fire guess dynamic to your arsenal of knowledge. And every answer, right or wrong, was done with the kind of humour that still holds up.

Over the years, the series has been tweaked here and there, but it’s never lost any of the charm and great gameplay of the original. More over, not only do you get the sense that the creators of these games are extremely gifted artists, you actually feel like they really, really love what they do. It’s like a gleeful radiance that I find myself wishing more games would emanate.

I could go on and on, but know that for my wife and I, YDKJ is always on our list for a fun evening in. And, best of all, for those occasions when we have people over, Jackbox solved the multiple controller issue masterfully.

What is the one thing you always have on you? If you’re like me it’s my glasses cleaning kit, a single silver bullet with my mortal enemy’s name scratched into it and my smartphone. Jackbox figured we’re all the same and they figured right because they turned that phone into a controller. 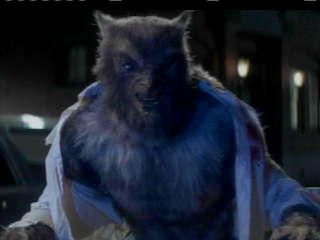 Not sure if they also figured on Colin…

By logging into the game through your phone or tablet’s web browser, all current Jackbox multiplayer games are controlled solely through your phone. The sheer brilliance of this is astounding, especially when you consider that Microsoft has their own Smartglass technology but have never seemed to be able to figure out what to do with it.

For our DrinkAlong LIVE, knowing that we could get a bunch of folks out who all had smartphones and a venue with a projector screen, we bundled up the Xbox and set up a tournament of Quiplash for all to play.

The game supports between 3 and 8 active players, but as many as 10,000 can participate in an audience… perfect for Twitch streaming and the throngs and throngs of DrinkAlong fans who would no doubt be in attendance for our show.

Quiplash is undeniably simple. There are three rounds. Each round you’re asked a hypothetical question via a prompt on your phone to which you type out an answer. Because you’re answering on your phone you have a spellcheck built in for guys like me who still screw up the word raddish.

In the first two rounds, you’re matched at random with another player who was asked the same question. The game shows the question and both your answers and the other players vote on which answer they like best. In the last round, everyone answers the same question and you all vote for your top three (or combination of such since you can vote for your favourites more than once).

The audience, if you have one, also votes on their favourites, and during our time with the game there was more than one instance when the audience stole the round for a player.

With 8 players, each game lasted about 20 minutes and, I can say without lying, I laughed so hard that tears were shed.

If you think the premise sounds a little thin, you’d be surprised at what a rush it is to see the votes roll in on a quiplash, which is when one answer gets all the player votes. This happened for us a few times and each time was thrilling. It happened TO me on the question “What is a good slogan for the Russian Board of Tourism?”. I thought my answer, “Why?” was good enough, not figuring on Modern Superior’s own Alia Miller to come up with the brilliant “Russia Tours You”.

The crowd, as some would say, went apeshit bananas. Three times. Once while reading the answers, once while seeing the votes roll in and, lastly, while seeing my answer shatter and get flung off the screen as Alia’s answer hung in the air with all the glory and applause it so rightfully deserved. 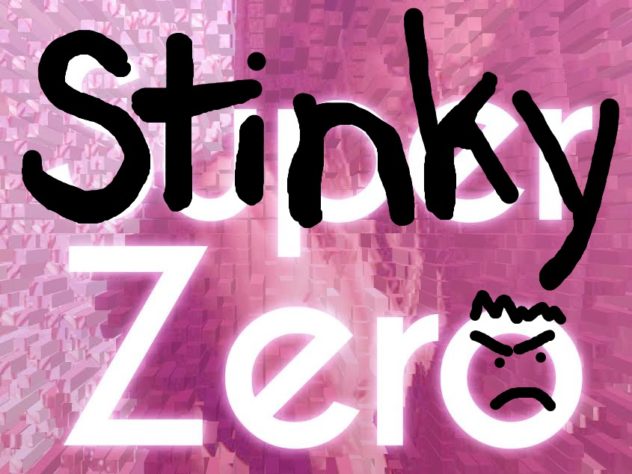 My most mature response to humiliation.

Surely, the more creative and quick-witted your friends are, and we were lucky to be surrounded by them, the more fun you’re going to have. One of the best aspects about Quiplash is how quickly and easily it can devolve into some pretty base territory, but you’ll always find yourself rewarding creativity over poop jokes 99% of the time. It’s like a wondrous wit trainer.

I do have to say that while I did spend the better part of last Christmas playing Drawful with my family, I doubt you’ll get the same “I’m laughing so hard I can’t breathe” results after firing this up at your folks place. There is a setting to avoid some of the more “provocative and naughtiest” content so, who knows… maybe we’ll see how it plays this December.

We played for a good two hours and only repeated a question once, which isn’t so bad when you consider that you’re going to get different answers each time. In fact, the only thing that stopped us from going for longer was an issue with the game hanging. It only happened twice at the end of the night and I attribute that to the iffy network connection at the venue rather than any technical glitch with the game. The point is, we literally had to be stopped or we’d have played well past our welcome.

You know… I just read above and realized that I forgot to mention that points are awarded based on the percentage of players who like your answer and that’s how you “win”. I’m hard pressed to remember who won each match because of the sheer joy and pleasure we all got simply through the act of playing the game. That’s incredibly rare for a party based game… So rare that I don’t think I’ve experienced it before.

So, let’s break it down…

Quiplash is an insanely fun party game with quick match times that you don’t need to buy extra controllers for that can be played to a live audience of 10,000, has a scaling maturity level based on your players, is infinitely replayable, works at launch, feels like a labour of love and you don’t care who wins???

Did I mention it’s only about ten bucks?

What more do you want?

Dead Battery is by Jeremy Schultz who is one half of the podcast DrinkAlong with Dave and Jeremy on Modern Superior.