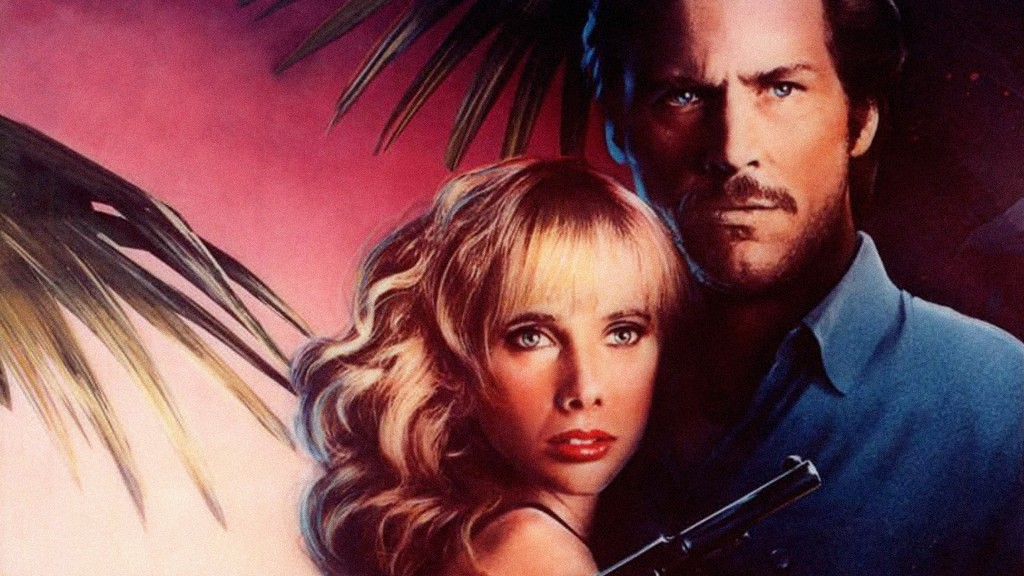 “Yeah, there are 8 million stories in the naked city. Remember that old TV show? What we have in this town is eight million ways to die.”

Hal Ashby directs this gritty, bleak as hell thriller starring Jeff Bridges as Matt Scudder – a divorced, recovering alcoholic and disgraced detective who is sucked into a world of narcotics and murder as he attempts to help Sunny (Alexandra Paul) escape prostitution. When Sunny is murdered, Matt seeks out her closest friend Sarah (Rosanna Arquette) in an attempt to gain more information and discover her murderer – as well as figure out who is running the local cocaine distribution ring.

I’m surprised to see so many lukewarm reviews of this film, as for a large chunk of the running time I was convinced it could stand alongside films like To Live and Die in L.A., Fear City, and other dark, often neo-noir themed films. The dialogue careens wonderfully from intense and brooding, to over-the-top Oliver Stone-isms (who recieves top screenplay billing, despite much improvisation). Much has been written about the “cotton candy” pubic hair line – a true Oliver Stone-ism if there ever was one in here. That kind of raw sleaziness from the script struck me out of left field at times, and will certainly be off-putting for some or feel out of place to others. I thought it all worked – you often need to go as close to catapulting straight over-the-top as you can with films like these in order to remain effectively startling. Thankfully, 8 Million Ways To Die never fully dips into unbelievability – instead using moments like these to heighten the seedy reality of the picture. These are desperate people doing desperate things, and they speak and behave that way.

The picture does stumble a little bit in the second hour, though it regains itself with a thoroughly exciting and violent finale. Jeff Bridges is perfect as an alcoholic struggling with his addiction throughout the film – reminding me of his incredible performance in Cutter’s Way more than once or twice. Bridges manages to make eating a snow cone both totally bad-ass and intimidatingly cool.

Ashby’s style remains embedded within the film’s 80s thriller visuals – neither overpowering the proceedings nor fading too far into the distance. It’s also not so outside the realm of possibility that this film had some influence on Nicolas Winding Refn‘s Drive – just dig the bright, script-font opening titles if you don’t believe me. As much as you’ve probably heard about Hal Ashby’s loss of control to the studios when making this film, it’s a movie I had no idea he had in him. One wonders if he had retained complete control whether or not 8 Million Ways To Die would have reached masterpiece territory.

For me, it’s still a great piece of sleazy detective bad-assery that is worth seeking out for detective fans.