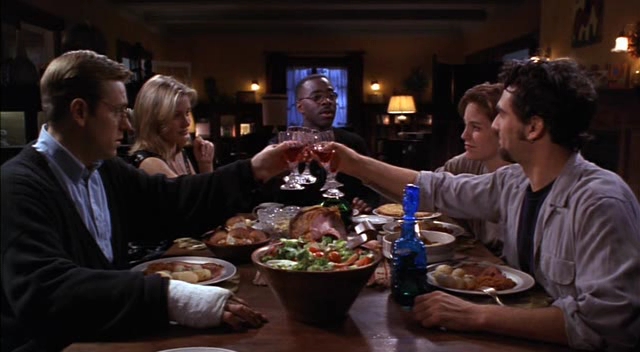 A group of far left leaning grad students decide to start affecting real change in the world by murdering those who oppose their political beliefs. Kind of sounds insufferable, doesn’t it? It’s actually really great. 1995’s The Last Supper is a charming, smirking dark comedy that looks at personal political beliefs in America without all the usual blaring rhetoric and the ultimate message is one Americans should all be a little more eager to get behind – especially these days when pointless partisanship is a constant and deliberate distraction from the much larger problems sucking their country into a cultural and civil abyss. But I digress… for now.

Written by Dan Rosen and deftly directed by Stacy Title, this movie is tonally exactly what it needs to be. Pete (Ron Eldard), Paulie (Annabeth Gish), Luke (Courtney B. Vance), Marc (Jonathan Penner) and Jude (Cameron Diaz), all grad students, live together in house that is delightfully functional; they hang out, make elaborate dinners for themselves and ruminate endlessly on their social ethoi, what they would do if liberals really ran the world and the usual hypotheticals about going back in time to kill Hitler. There is a hint of smugness to their little group but it is forgivable and their ultimate idealism is very sweet. It’s the kind of bleeding heart utopian homestead every philosophy or poly-sci major would love to settle into until real life came around to brutalize them.

Then, one dark and stormy night, Pete is given a ride home by a truck driver named Zachary after his car breaks down on the side of the road. Zachary (Bill Paxton at his scenery devouring best) is invited to stay for dinner. Sooner than later the topic turns to politics and it comes out that Zachary is a Desert Storm vet with a republican bent and a disdain for Jews. Things get heated and in a purely defensive move Zachary is killed. Knowing that the media will not look favourably upon a group of privileged kids murdering a war hero they bury him in the backyard and try to resume their lives.  But Luke can’t shake the idea that they’ve actually done the world a favour. They’ve finally taken action instead of just arrogantly spouting their ideals and ridden the world of a fundamentally bad man. Luke proposes this become a regular occurrence: they invite a member of the community whose politics they deem dangerous or counter-intuitive to their vision of a perfect society and, if they can’t change that person’s world view, they fucking murder them.  After some discussion they decide to put the plan to action – and the fun begins. 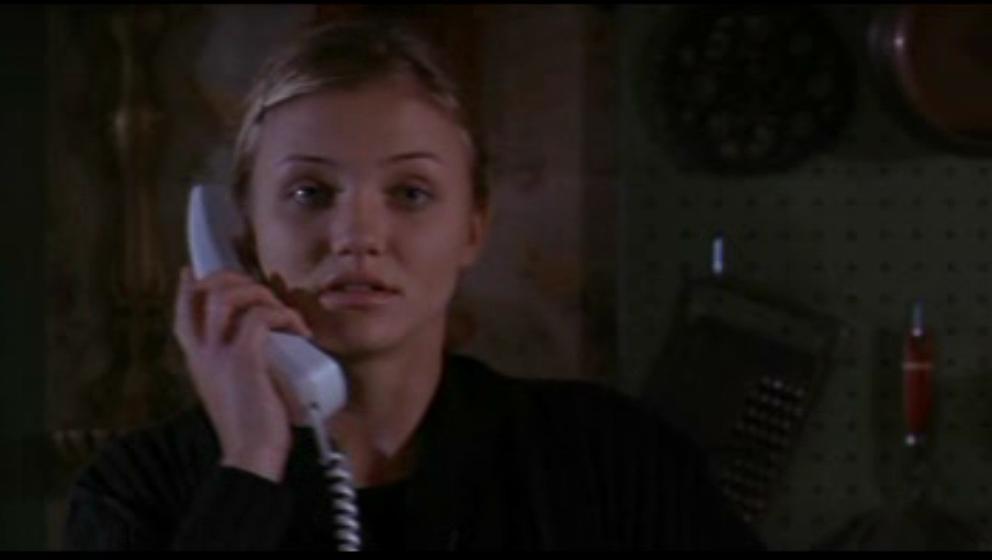 Hi, mom! I’m in a new movie that’s totally about politics and there’s a bunch of smart words in it! Hey mom, what’s politics?

There are some inspired cameos in here. Charles Durning, Jason Alexander and Mark Harmon all show up as dinner guests to be summarily (and unwittingly) judged and sentenced according to the laws of the house. They all know what archetypes they are meant to portray and do so playfully. Special mention to Charles Durning, a catholic priest who believes that AIDS is god’s ultimate solution for the ‘scourge of homosexuality’. He hits a perfect balance of piousness and menace that is fascinating and unsettling.

Throughout the piece there are a few subplots that are woven in; a police officer looking for a missing girl; a Rush Limbaugh type television personality (a brilliant Ron Perlman) comes to town. These little subplots are simple enough and tie quite nicely into the overarching plot.

The last act creates a genuine tension and culminates in such a satisfying way that it is seemingly impossible not to like this film. The humour and darkness blend perfectly and every actor in the piece knows what movie they’re in. Even Cameron Diaz! The performances can get a little hammy time to time, but the tone is just heightened enough that it more often than not comes off as intentional.

I can’t recommend this movie enough. It’s a small movie that knows what it wants to do and does it without a lot of overstatement or melodrama, which are both things I’ve come to expect from Americans expounding on their own politics. Please check it out and maybe you can wonder incredulously along with me why this capable director’s only other notable directing credit is Snoop Dogg’s Hood of Horror.

Children of the Corn (2009): He Who Makes Shitty TV Re-Adaptations