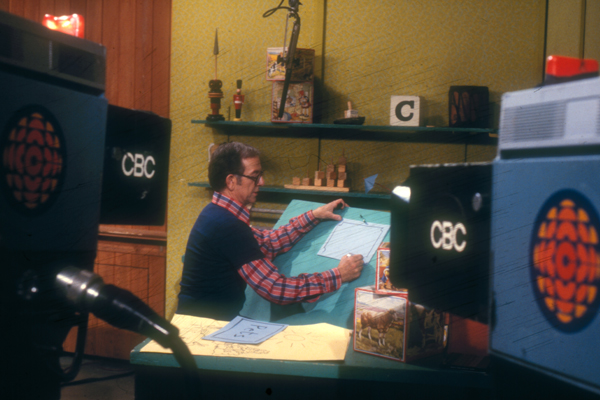 Here’s a wild one: long-time favourites of mine The Holy Gasp have just announced the late-October release of this pulsated cover of the Mr. Dressup theme song! Of course, as does everything this band touches, it tosses everything-but-the-kitchen-sink-okay-maybe-the-sink-too into the mix, with steelpans, bongos, scat-vocals and so much more; it’s enough to make your head spin!

Check out some more information on the track below, in bandleader Benjamin Hackman’s own words, and then follow the link at the bottom for more tunes.

In the spirit of Halloween, we’ve have re-costumed a classic TV theme song: Donald Himes’ original music for the beloved children’s program, Mr. Dressup. The track fuses punk with Beat-jazz and hopped-up psychedelia. In just over a minute-thirty, it reaches deep into the tickle trunk and pulls out instruments as out-to-lunch as Indian sitars and Trinidadian steelpans. It’s enough to make Casey and Finnegan drop acid and see the best minds of their generation destroyed by madness.

The track was recorded by Matt DeMatteo (Hawksley Workman, Big Wreck, Danko Jones), and was originally included in Quick Before It Melts’ annual Canadian cover song compilation, Dominionated Deux. Now, in honour of Halloween, Mr. Dressup is being re-released as a single, available on Bandcamp and iTunes

If this perked up your ears and you’re looking for some more, head on over to their Bandcamp page and check our their full-length album alongside other tracks – you can thank me later!

LIVE! The Serpent and the Rainbow, with the Modern Superior Galaxy of STARS!