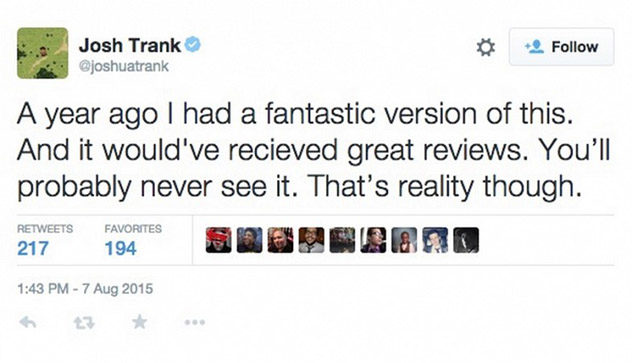 The summer of 2015 comes to a close with the crash landing of a reboot of a sequel of a reboot of a franchise that no one can seem to get right. Alia’s all good, but Matt has a lot of questions, like: do penises stretch? (More than usual, anyway?) Is Josh Trank’s story a Shakespearean tragedy? And why does Alia keep saying there’s going to be a sequel to this disaster?

It’s a cruise in the Fantasticar with Marvel’s first family, in Josh Trank’s FANTASTIC FOUR!

Episode 178 - Straight Outta Compton & Are We There Yet?

An American Werewolf in London, with Casey Lyons