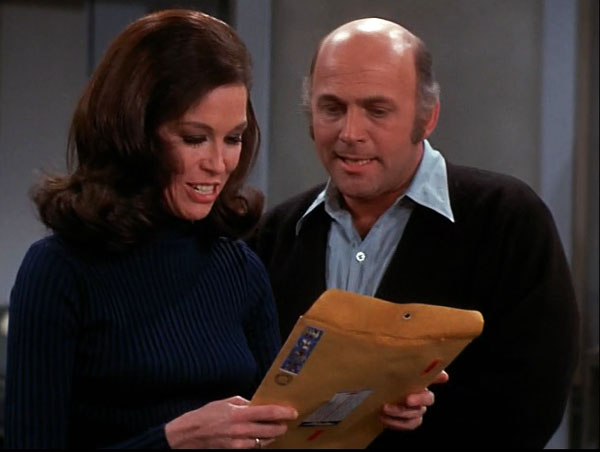 In this week’s episode, written by the prolific Gail Parent, Murray’s real ambitions come to the fore: he’s been moonlighting as a playwright. With little success until now, a small local theatre has finally agreed to produce his play, as Mary and Ted star! Unlike the fantasy Murray has in his head, however, it does not do well.

Be sure to check out the show on iTunes! Rate the show, subscribe, and write a little review to help others find the us! We’re also available on Stitcher, Google Play Music, SoundCloud, and the Pocket Casts app. Follow us or shoot us a message on Facebook, Twitter, and Instagram, or by email at afterallpodcast@gmail.com.