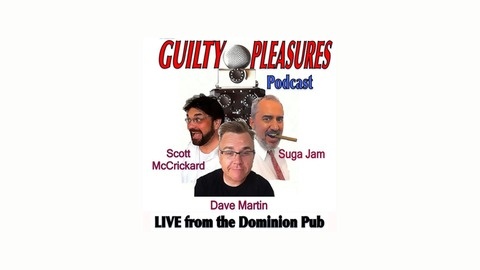 Recorded LIVE at the Social Capital Theatre on February 7, 2015.

This week Sean Fisher, Scott McCrickard and Dave Martin from The Guilty Pleasures Podcast join Dave and Jeremy for a live show in front of a steamy audience.

We’ll try some Cameron‘s Obsidian Imperial Porter and Rye Pale Ale and talk about – what else? – guilty pleasures. Try as we might, we can’t seem to stay away from movies so there’s talk of those, too.

This is the first DrinkAlong to have Insane Clown Posse and Sir Paul McCartney. It might be the ONLY podcast with that line-up. Still not sure if that’s a good thing…

Episode 151 - The One I Love, Red Army & Jupiter Ascending