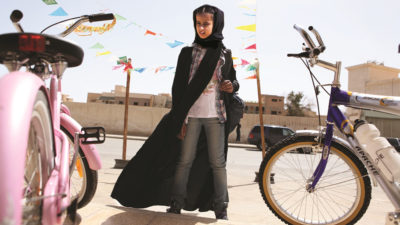 Film critic Kristen Lopez (Roger Ebert, Hollywood Reporter) fills in as guest co-host while Andrew is on hiatus. In this episode we spend time with the 2012 Saudi Arabian drama Wadjda directed by Haifaa Al Mansour. Our short film pick of the week is Mo’ne Davis: I Throw Like a Girl by Spike Lee.