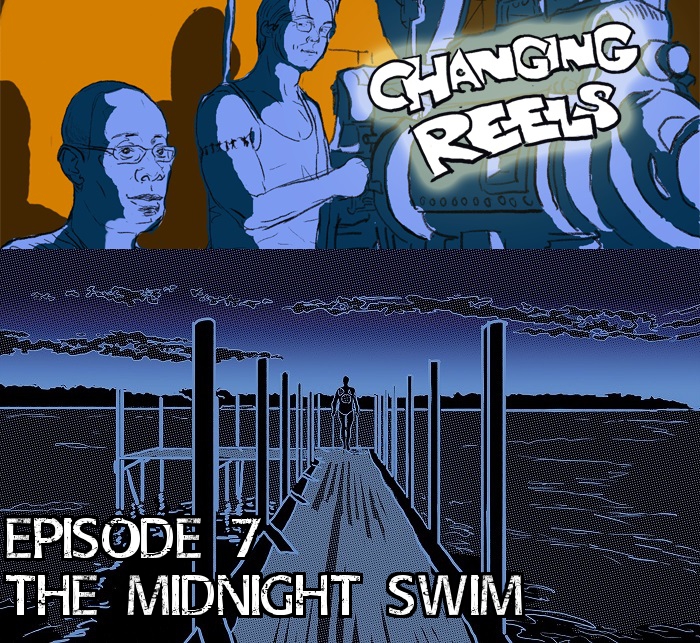 Sarah Adina Smith’s The Midnight Swim is not a film that can easily be summarized.  At its core it is a family drama about the connection between three half-sisters and their mother who has mysteriously gone missing.  However, it also features elements from the found footage genre, a wonderful musical number, a shawl that is downright creepy, and deep questions about the transcendent nature of death.  Needless to say there is a lot to chew on in this episode.   We also discuss our short films picks of the week:  Donato Sansone’s Journal Anime and Ben Brand’s Life is Beautiful.

Andrew’s note: shortly after Donato Sansone’s Journal Anime was featured on Short of the Week, and after Courtney and I were able to view and discuss it, all available versions of it online have been made private.  Sorry for the inconvenience, and for those still interested you can find the remnants of the initial post we discussed here.

Do you have a film that you would like hear us to discuss on the show? Want to share some thoughts on this episode? If so, you can reach us via twitter (@ChangingReelsAC) or by email (Changing.Reels.AC@gmail.com).  Also, you can subscribe to our show on iTunes, SoundCloud or Stitcher!

Cohost of Changing Reels, Courtney Small from Cinema Axis, consumes everything cinema from big budget spectacles to small foreign fare. He has contributed pieces to various publications and has been a guest on several film related podcasts.   Courtney is a member of the Online Film Critics Society and the Canadian Association of Online Film Critics.