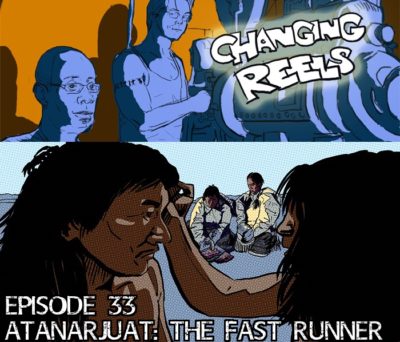 We are keeping things loose this episode as we are still recovering from the holidays and dealing with family related issues. So while there is no short film discussions this week, special guest Seth Gorden, the talent to artist who does all of our artwork, joins us to discuss Zacharias Kunuk’s stirring epic Atanarjuat: The Fast Runner. Hailed as one of the greatest Canadian films of all time, and inspired by an Inuit legend, the film is a captivating look at how community, mysticism and the sins of the past impact a family in unexpected ways.