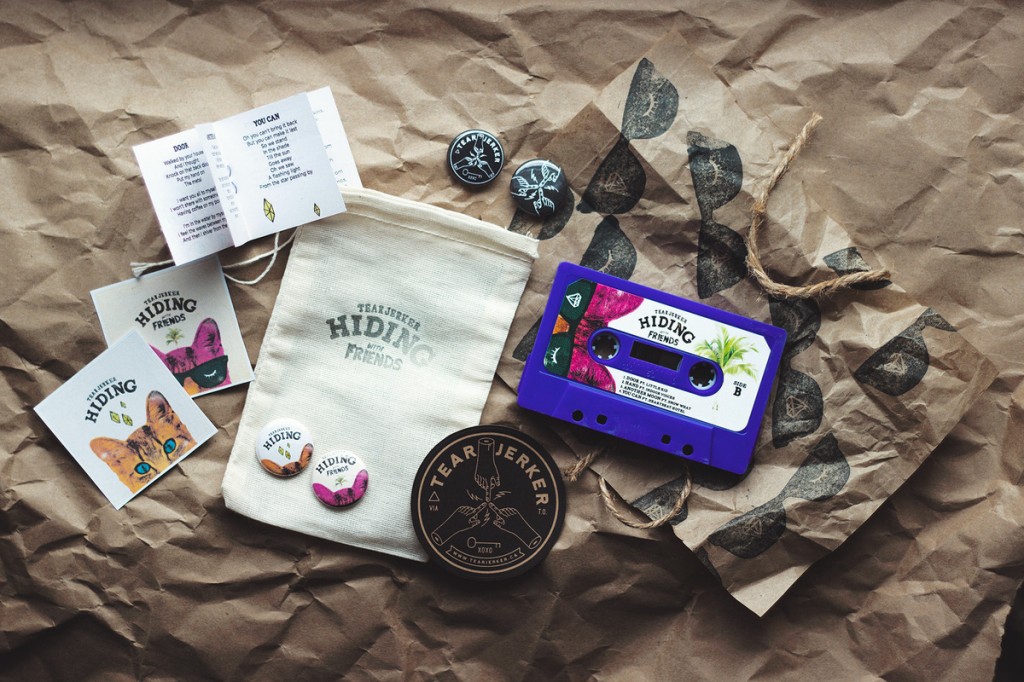 Still unsure what to buy for that independent music fan on your shopping list this holiday? Hey, time is running out – but thankfully the dudes in Tearjerker have you covered.

You might remember that they released one of the best albums of 2012 with their EP Hiding. Well, they just released an EP of remixes and re-imaginings of the songs from Hiding, called Hiding With Friends. The album features contributions from such stellar acts as Indoor Voices, Heartbeat Hotel, Snow What, and Little Kid. Not only that, on the other side of the tape you’ll get the original EP – that’s like two for the price of one!

Seriously though, everything this band has put out is fantastic, and I’m not just saying that – go check out their albums Strangers and Rare for more proof. In the past, I had these words to say about those records:

“Every time I listen to Strangers, I find myself coming back for more. The melodies feel like they are slowly unfurling with each additional listen, becoming somehow catchier the more familiar I get with the songs. Now that winter is rolling into town, the warm fuzz of Strangers just might be the perfect soundtrack to your cold nights spent indoors.”

“Tearjerker seem to harness the power of not only a great hook, but also the ability to carve out something of an atmospheric listening space within their songs that I find myself compelled to visit. Rare makes me even more confident that Tearjerker are one of Toronto’s most promising and exciting new bands going right now.”

If you’ve made your mind up, head over to their Bandcamp, and place your order today! The whole package is only $7 – or more, if you’re feeling particularly generous; it is the reason for the season, you know.

Episode 93 - Philomena, Prisoners & The Hobbit: The Desolation of Smaug