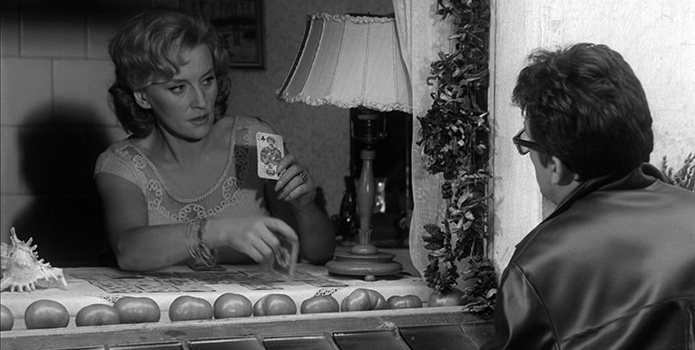 In the past, we’ve spoken about the fantastic programming and retrospectives available to us Torontonians at the TIFF Bell Lightbox, and their current programme is no different. It’s also something that, if it were not available to me in my own city, I probably wouldn’t have known to seek out.

Martin Scorsese‘s touring Polish Cinema programme, Martin Scorsese Presents: Masterpieces of Polish Cinema, created and organized by his non-profit organization The Film Foundation?, showcases the highly visual and emotional quality of storytelling and cinematography from some of Poland’s most critically acclaimed films. Many of these films sound utterly fantastic and I’m definitely going to make sure I check at least a few of them out.

Check out the trailer for the programme below, and hit the TIFF Bell Lightbox site to see when the films will be screening.

“This is a cinema of personal vision, social commitment and poetic responsibility from which we’ve all learned and which sets a high standard that, as a filmmaker, I strive to achieve with every film, every time out.”
— Martin Scorsese

Touring across Canada (it also ran at the Cinémathèque Québécoise until May 31) and the US, the series is the largest presentation of restored Polish cinema to date. After premiering earlier this year at New York’s Film Society of Lincoln Center, the series currently is screening at TIFF Bell Lightbox from June 5 until July 1, and features 21 classic films from one of the world’s richest national cinemas and some of Poland’s most accomplished and lauded filmmakers, spanning the period from 1957–1987.

From Krzysztof Zanussi‘s “brilliant moral tale” of The Constant Factor, the hallucinatory Jump by director Tadeusz Konwicki, to Mother Joan of the Angels‘ spiritual drama from Jerzy Kawalerowicz, there’s something for any fan of cinema in there – and plenty of other classics to check out.

“Whether oblique or explicit, straight-faced or comically absurdist, all these films speak to an urgent seriousness of intent. Willingly inheriting the mantle of their artistic forebears, Polish filmmakers sought to explore and preserve their culture through yet another period of acute national strife. The extraordinary films in this series are eloquent testimony to the power that cinema — and art itself — can have for a people struggling for self-determination.”
— Piers Handling, Director & CEO, TIFF