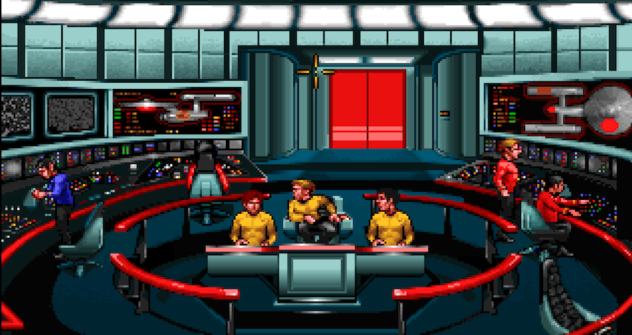 25th Anniversary was released in 1992 by Interplay, featuring point-and-click mechanics combined with flight-sim elements which allowed you to pilot the Enterprise yourself. Its sequel, Judgement Rites came in 1993 and wrapped up the two-game series. Starfleet Academy arrived in 1997, loaded on to 5 – count ’em 5 – CD-ROMs packed with the kinds of live action FMV cut-scenes that we were all so obsessed with in the mid-nineties.

These titles will run you about 6 bucks each, or $17.97 for the entire series. Sounds to me like you have your weekend all plans sorted out!