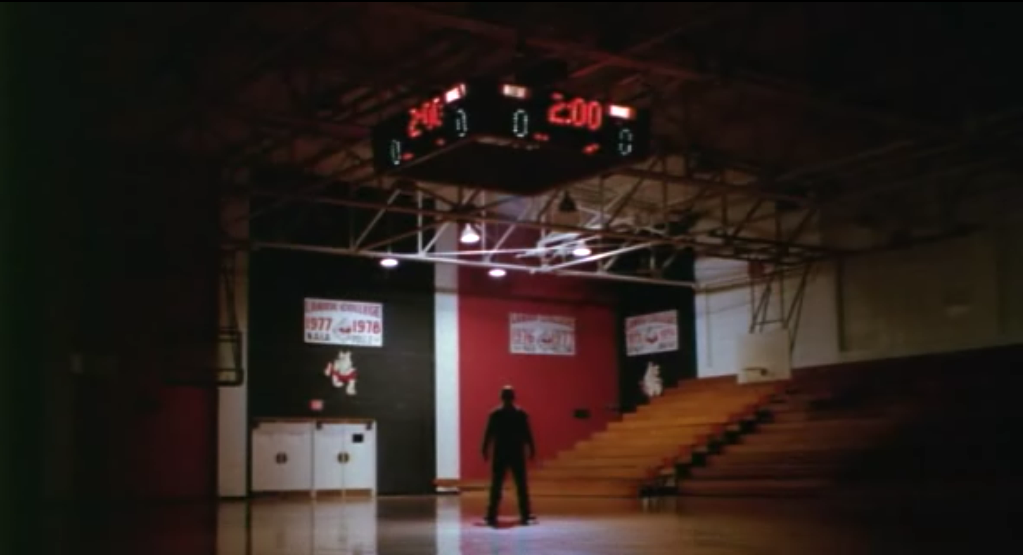 Final Exam presents itself as a slasher, but in reality there’s very little slashing to be found. This isn’t a huge issue, as it does at least one thing cleverly: there is no backstory for the killer, and there is no major revelation when his face finally appears on screen. The murderer in Final Exam is just a dude; he has a knife, and he’s wandering around and killing people seemingly for no reason.

Character wise, the film focuses a lot on general day-to-day stuff, including a horrifyingly insensitive “prank” early on that involves some frat boys carrying out a faux-terrorist massacre on the campus – all so their friend can cheat on his test while people are distracted. It’s nuts. Otherwise, there’s not a ton of plot to grab you, despite the characters and actors all being entertaining enough to watch – specifically the nerd.

I will give it credit for one thing though, there’s a scene near the beginning of the film where the main characters speak very candidly about the opening murder in a blasé and mundane yet slyly funny fashion that must have served as some kind of inspiration for Scream’s early scenes of a similar nature.

On that note, I always find it funny when people point to There’s Nothing Out There as being a major rip-off point for Scream, when in the 80s the slasher-boom was huge enough to see the seedlings of Scream forming already – plenty of films have characters that are into horror movies (see: horror posters all around the dorm), or sly nods to conventions – I mean the 80s saw not one, but two slasher spoofs in Pandemonium and Student Bodies. Obviously TNOT was a watershed moment for directly addressing these things, but people were toying with these ideas for quite a while. Anyway, I digress.

I could see viewers that go in with low expectations having a better time here – and I certainly found some pretty funny moments in Final Exam – but overall I can’t say it stands out of the pack all that much. It’s well crafted, for sure, and feels more of a piece than other slap-dash slashers of the era, but it didn’t leave me wholly satisfied.

For a true underrated and overlooked slasher gem, I’d suggest Just Before Dawn instead.