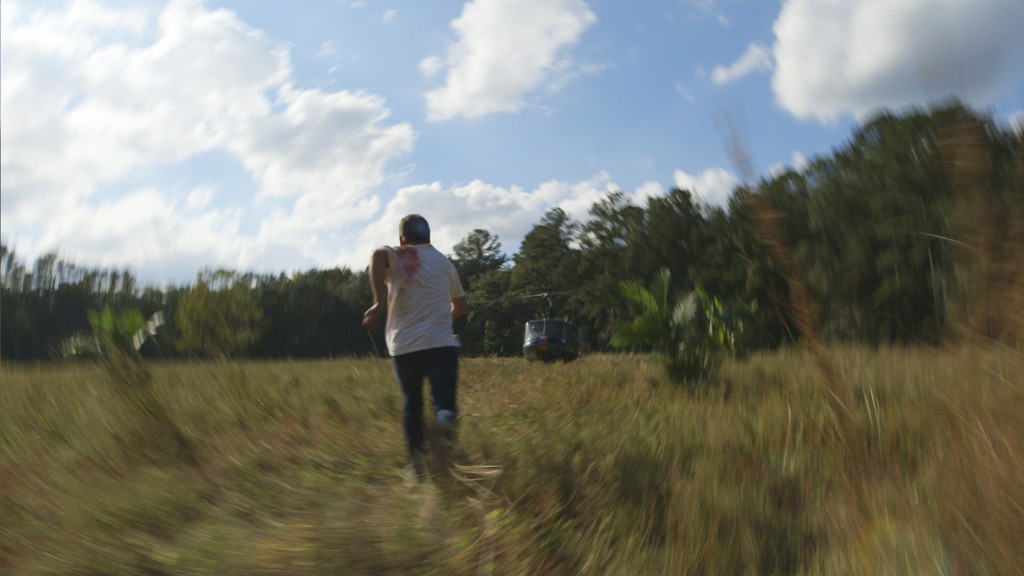 This festival season, I can safely say that Ti West‘s new film was my most anticipated screening. The Innkeepers and The House of the Devil are two of my favourite genre films of the past decade, easily. So when The Sacrament was slotted into TIFF 2013 in the Vanguard program, I was excited. Not much has been released in the way of promotion for The Sacrament yet – aside from this amazing poster, and some simple plot log-lines. So I went in with extremely high hopes, to say the least.

As it turns out, Ti West’s documentary style cult shocker is effectively executed, but feels a little bit tied down by its framing device. The Sacrament is presented as a “Vice Guide To…” production gone awry, following journalist Sam (AJ Bowen) and cameraman Jake (Joe Swanberg) as they document photographer Patrick’s (Kentucker Audley) visit to the commune of Eden Parish as he visits his sister – who recently moved to the isolated compound.

What works so well in the first half of The Sacrament is West’s ability to win over the audience as well as his characters with the charm of Eden Parish. The commune is spooky and off-putting, but as Sam later comes to say “I wouldn’t want to live here, but I understand why these people do”. This leads to an extended interview scene with the commune’s messiah-like creator known only as “Father” – played perfectly by Gene Jones. As many will likely admit, this scene distills everything that works well about The Sacrament into one tension filled scene as Sam and Father trade barbs back-and-forth until it’s clear to Sam the kind of control and manipulation that Father has inside of him.

Obviously, not everything is as it seems at Eden Parish and things do eventually take a turn for the pear-shaped, but I won’t spoil a single moment of it. The mock-documentary style lends a palpable sense of realism to the film – West clearly has a lot to say here, weaving themes of social and political analysis early on. It’s for this reason I can completely understand why West takes the mockumentary approach – which also works well in some of the later moments, when the stakes for a certain group of commune members become scarily real. But this approach ultimately forces the film to constrain itself within the genre’s well-worn template.

The film does not allow itself room to buck trends or break any truly new ground – as I felt The House of the Devil and The Innkeepers both managed to do within their own satanic cult and supernatural plot constructs. I found The Sacrament to be missing some of the elements what made West’s previous films so revolutionary. That said, the performances are mostly on-point, with Gene Jones being the clear stand-out as “Father”. Joe Swanberg continues to prove he’s as good in front of the camera as he is behind it, and AJ Bowen fits the VICE journalist character quite well.

Overall, It’s certainly a worthy film to see for Ti West fans and non-fans alike, but it’s also one that might benefit from checking your expectations at the door. If you felt West’s previous films meandered too much, or took too long, the documentary approach might help that pill go down a little easier. If you were as big a fan as I was of West’s characterizations and dedication to rich, subdued narratives, you might feel a little let down if you come in expecting another film just like that – as I was.

But, as a well constructed thriller that keeps viewers engaged, it mostly manages to offer up a fair share of legitimate chills for the duration of its running time.