To go along with my recent obsession with made-for-TV movie-of-the-week programming (particularly of the early- to mid-seventies), I’m going to try and keep up with some reviews of notable titles.

The Longest Night is another 1972 ABC Movie of the Week – staring Sallie Shockley as Karen Chambers, who in the opening scene is kidnapped and held at ransom from her wealthy father. James Farentino plays the kidnapper, who has buried Karen underground in a make-shift coffin – complete with air ventilation switch, a light and some food.

The kicker is: the box runs on a battery with just enough juice for one week (depending on light and fan usage.) If they don’t come up with the ransom money, she’ll be left for dead. If the police attempt to catch them, they won’t reveal her location and she’ll, again, be left for dead.

This suitably taut thriller is often known for its frightening opening scene, which judging by comments around the internet, scarred a lot of children who stumbled upon the film on television. 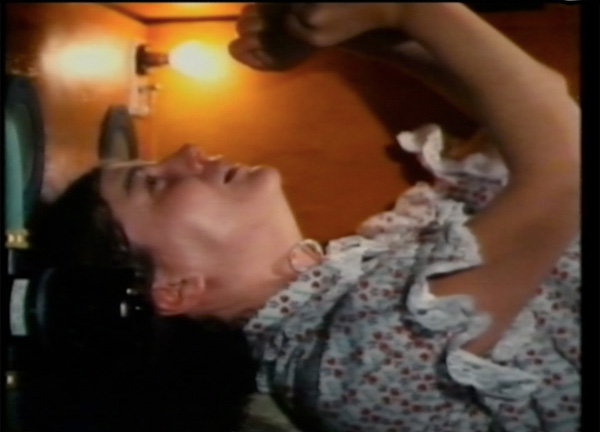 The oft-awkward pacing of lesser television movies from this era works in The Longest Night‘s favor, as the opening scene is both quiet and scarily suspenseful. Shockley and Farentino both put in fantastic performances – the latter dropping from calm and reassuring to desperate and volatile at the drop of a hat. Shockley pulls off a similar feat, and sells the terror of her realization that she’s going to be buried alive to incredible effect – it’s no wonder this thing freaked some kids out in its day.

With a soundtrack that knows when to tighten the screws on the audience (again, the great opening section features a building, pulsing drone that really makes an uncomfortable atmosphere), it’s easy to see why this made-for-TV flick is remembered so fondly. It’s definitely a cut above and certainly worth seeking out for fans of these kinds of high-concept nail-biters.

Also intriguing for its “based on a true story” angle, as it is based on a similar case from 1968 – and quite accurately, from what I have read.