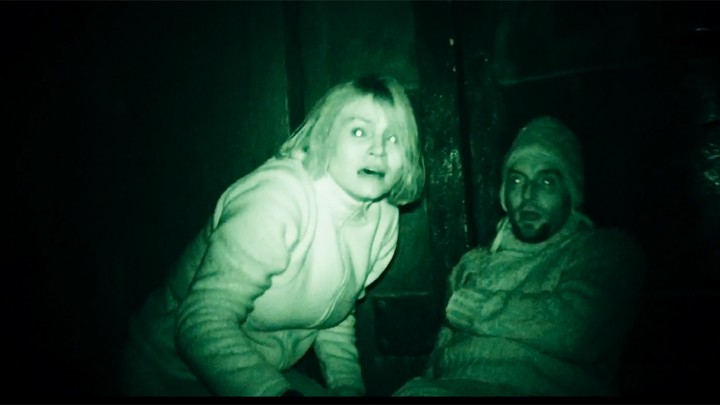 A few years back, I worked a job scanning books that allowed me to have a lot of internet downtime. I could spend a large chunk of my day reading articles on the internet, while simultaneously doing my work. In particular, I would read a lot of lengthy Wikipedia articles about true-life events or other generally interesting topics. I can’t even tell you exactly how many times I’ve read the article for Action Park – but it’s a lot. The entry for the “Dyatlov Pass incident” is one that stuck with me for a while – and one that is certainly ripe with potential as fodder for a horror film.

The Dyatlov Pass incident is named after Igor Dyatlov, the leader of a group of nine ski-hikers who died under mysterious conditions in 1959. The group had planned to hike through the Ural mountains, but when conditions proved to be too intense to make it through what is now known as “Dyatlov’s Pass”, they set up camp on the slope instead. When Dyatlov failed to send a telegraph announcing their return to Vizhai – their final populated point of origin for the trip – no one seemed to notice, as often times expeditions like this would go over-schedule. Eventually, relatives started to take serious notice of their absence and instigated the eventual investigation into the group’s disappearance. Their bodies were found weeks later; tents torn, clothing ripped or missing, skin tanned, with trace amounts of radioactivity. Two of them even had unexplained injuries, such as a missing tongue or a crushed skull with no clear external wounds or bruising. It’s a fascinating story that some might say has an easy answer – as this Cracked article is quick to point out – but one that is nonetheless a creepy read, with plenty of conspiracy theories to get wrapped up in.

In steps Renny Harlin‘s new found-footage horror movie The Dyatlov Pass Incident – aka Devil’s Pass for us North Americans who are supposedly scared away by non-English sounding words. The movie’s plot follows five student documentary filmmakers – lead by the headstrong Denise Evers (Gemma Atkinson) – who attempt to re-trace the path of Dyatlov and his crew in hopes of shedding some light on information surrounding their demise. It’s not long before they start to witness some strange occurrences and coincidences, and by the time they make it to Dyatlov’s pass they are forced to camp out for the evening due to GPS errors and the rapid onset of nightfall.

Two of our modern hiker characters stumble upon a large, frozen-shut bunker door with a locking mechanism build to keep something inside. Shortly thereafter, an avalanche strikes and leaves one hiker dead and another with a serious leg injury. Just when it looks like help is on the way in the form of two distant hikers, the strangers open fire on our protagonists – killing another while the remaining run for cover in – you guessed it – the bunker. This is clearly where the real horrors lurk, and it’s also where the film’s wheels are fully removed and the whole thing catapults itself off the rails.

Obviously, it’s hard not to reference The Blair Witch Project when talking about found footage films in general, but The Dyatlov Pass Incident‘s use of night vision footage in the final act – and it’s general structure to boot – makes it feel especially indebted to that film.

Where this film differs significantly is Renny Harlin’s inability to stop himself from slipping into slick technical wizardry – which dulls the atmosphere considerably. The not-so-shaky and high-definition handheld footage of the early goings lend a beauty to the Russian ice-covered wilderness, but also prove counter-intuitive to the film’s attempt at a realistic, found footage vibe. One wonders why – aside from the genre continuing to be in trend – the film didn’t just ditch it for a more straightforward narrative.

“Yes, yes, I think your dentist did a fine job of removing your wisdom teeth, okay?”

The film is especially interested in the myriad of conspiracy theories I mentioned earlier – specifically those of government testing grounds and diabolical human experiments gone awry. While the first third of the film proves to be fairly workmanlike, establishing a fine scenario and set-up for a conspiracy thriller, the shoehorning in of supernatural conspiracy and expected monster elements – complete with been-there-done-that design which recalls duds like Grave Encounters’ lame CGI baddies – completely misses the mark.

As it stands, The Dyatlov Pass Incident is interestingly ambitious in it’s plotting, but executed poorly – many major plot advancements are brushed over without much detail, while characters spout out their expositional theories so quickly the audience isn’t allowed in on the fun of finding anything out for themselves. A truly half-baked attempt at adding some kind of sci-fi twist to the proceedings, and a generic “Russians are evil!” attitude round-out a pretty solid list of major issues I had with the film. Plus, don’t even get me started on the “we’ve got to get a naked woman on this cover somehow!” DVD art. Sigh.

While the real-life incident will continue to remain an engrossing mystery, it’s sad to see such an underwhelming and disappointing film as The Dyatlov Incident has been built upon such fertile foundations.