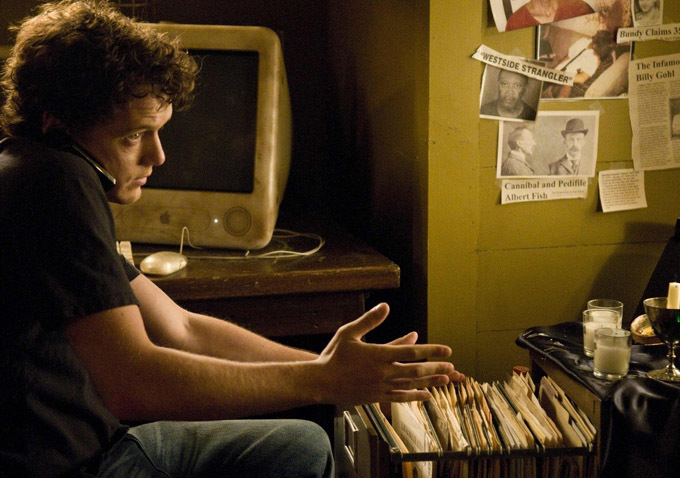 I had high hopes for my second evening of the 2013 After Dark Film Festival. After a fairly disappointing Gala feature We Are What We Are, I anticipated that Odd Thomas – an adaptation of Dean Koontz‘s novel of the same name – would fare better. After suffering from some financial related delays in July of this year, the film is finally seeing theatrical release on the festival circuit.

Directed by big budget action helmer Stephen Sommers (of Deep Rising, G.I. Joe, The Mummy, and Van Helsing), Odd Thomas follows the exploits of Thomas (Anton Yelchin) as he utilizes his supernatural abilities to stop a horrific shooting he has foreseen due to the arrival of some pesky creatures – which remain invisible to us humans. You see, the creatures show up only as something unthinkably evil and violent is going to go down, which is how Thomas knows something is awry. Lately, they’ve been hanging around a scummy character named Fungus Bob, and it’s up to Thomas and his gang of kooky friends – including Addison Timlin as the love of his life and Willem Dafoe as a local detective that holds Thomas’ secret safe – to stop them.

It’s clear from the start that Sommers would like Odd Thomas to be an anything goes cult-favourite. He jam-packs the film with quirky yet incredibly underwritten dialogue, incomprehensible internal-logic, zoom-pow quick cuts that land like watered down Edgar Wright leftovers – sans any honest or legitimate energy – and a plethora of half-baked twists. Odd Thomas is the kind of film that telegraphs plot minutiae via big, broad strokes of dialogue. Over and over again, lines like “Evil sure does follow you around, Oddy!” land with a thud in attempt to remind us of the one-note character traits these actors embody. Thomas sure gets in to a lot of wacky trouble! Dafoe really wants to sleep with his wife on date night! All of the women characters seem to have lost 90% of their clothing for some reason!

The film desperately struggles to be breezy, grenre-bending Whedon-esque entertainment, but it approaches the task with all the subtly of the proverbial bull in a china shop – only if said bull had about four extra limbs that never stopped flailing around wildly. By the time Odd Thomas reaches its conclusion, the film can’t help but trip over itself as it tries to pull the rug out from under the audience – I won’t spoil any of the twists, but they’re truly tired and laughably executed. 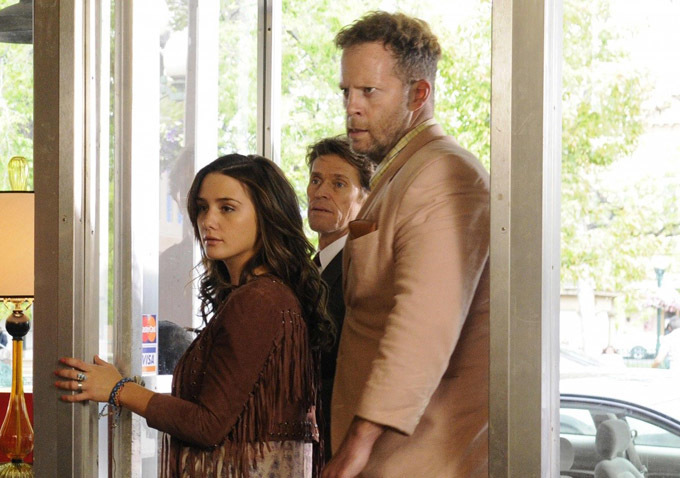 Plus, if you thought Odd Thomas wouldn’t completely waste every opportunity that stumbled its way, Patton Oswalt shows up for about 35 seconds and does absolutely nothing at all. It’s actually shocking how little he – and the rest of the cast – are given. An amiable Yelchin and game Dafoe mug and chew their damnedest to sell the picture, but are unable to rise above the material. Addison Timlin’s performance is especially awful – as her character exists for no reason other than to be offensively manipulated by the script to wring emotion out of the audience at any available moment.

I’m especially disappointed because when Stephen Sommers is on, he can deliver a wildly enjoyable picture. In my opinion, The Mummy and Deep Rising are true big budget b-pictures that are fun from beginning to end. Here, he has clearly looked to a smaller budget and off-beat story for a blast of inspiration and an undiluted opportunity to show off his sensibilities. Instead, Odd Thomas is an empty film that has been cranked up to 11 – attempting to grab at giddy extremes but pulling back extreme unlikeability instead. Odd Thomas is a resounding dud in every sense of the word.

I can already see video store owners clearing a space in their bargain bins for it – hey, maybe I’ve got supernatural powers too?