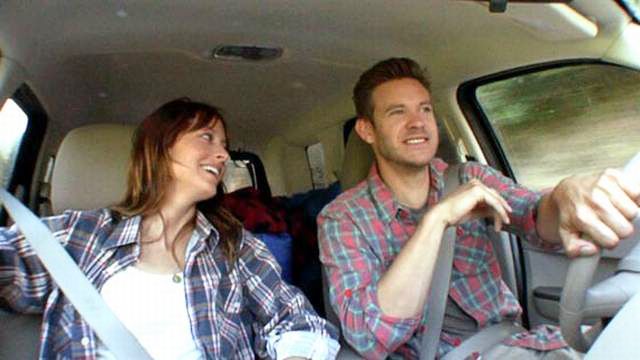 Having followed Bobcat Goldthwait’s filmography from his crude beginnings with Shakes the Clown, to the indie comedy Sleeping Dogs Lie, dark comedy of World’s Greatest Dad and through to the acerbic social commentary of God Bless America, one might be surprised to hear that his latest project is a 78 minute found footage film about a would-be filmmaker and his girlfriend searching for Bigfoot. You might be even more surprised to hear that not only could Willow Creek be the best found footage picture in years, it’s also Goldthwait’s most successful film to date.

Bryce Johnson plays Jim, who treks with his girlfriend Kelly (Alexie Gilmore) deep into the heart of Willow Creek, documenting their attempt to find the location of the original Patterson Gimlin Bigfoot footage. For the first two thirds of the film, we follow Jim and Kelly as they drive to Willow Creek – stopping at Bigfoot themed diners, museums and hotels, before interviewing some of the locals. For this stretch, Goldthwait’s sense of humour hangs heavy over the picture. Both Jim and Kelly are extremely likeable characters, free of the bickering and complaining often seen in the first act of found footage pictures. I came to enjoy just following these quick-witted and hilarious characters from spot-to-spot so much, I almost wouldn’t have cared if the movie didn’t arrive at its inevitable and horrific conclusion. 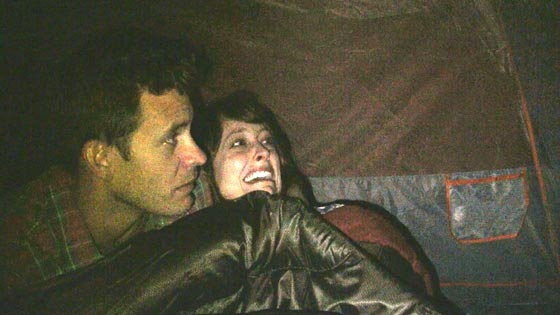 But of course, this is a found footage film and after some obvious – but narratively essential – foreshadowing from a few less-than-welcoming locals, Jim and Kelly walk deep into the wooded area and set up camp for the evening. This leads into an unbroken, 20 minute scene that completely encapsulates why Willow Creek works as well as it does. By eschewing the shaky-cam for this scene, the audience is a fly on the wall as Jim and Kelly hear the sounds of what could be a bear – or Bigfoot – outside of their tent. By putting the focus on the actors and their reactions, Willow Creek’s horror is felt on a base, human level – as opposed to the visual trickery seen in many of today’s found footage entries.

While Willow Creek does have some minor missteps – particularly near the end of the picture – it nails the landing with a satisfyingly spooky conclusion. Bobcat Goldthwait’s film might not win over any of found footage’s vocal detractors, but it’s ultimately a film that utilizes a sense of grounded believability to inspire its scares – and that’s not only admirable, it’s extremely effective.

Add in two fantastic performances and a director who doesn’t stoop to relying on dizzying cinematography for every scene, Willow Creek is a welcome shot of rejuvenation in the oft-stagnant genre.

Episode 21 - Halloween 4: The Return of Michael Myers and Helloween