Three articles in and I’m already departing from the video game theme. Don’t worry. It’s temporary and for a very good reason.

In May of this year my wife and I took possession of a house in Niagara Falls. Between then and now we’ve been going back and forth, but now we’ve finally given up our Toronto apartment and we’re living in the Falls full time. One slight hitch that I didn’t anticipate was the ability to get access to the internet. You might know it as the World Wide Web. It is, to my knowledge, completely ubiquitous in urbanized Ontario and thus I didn’t foresee there being any difficulty getting “jacked in” in the year 2015 in the middle of a fairly large Canadian city within a stone’s throw of America.

It seems that four other people on my street already had cable and that meant that there were no more outlets on the street for anyone else to get connected. You can read that last sentence as many times as you like. I have. It still boggles my mind. Guys had to come and go up in a cherry-picker and install a whole new… thing. It almost made the local news.

And that wasn’t something that happened overnight. I was in a forced hiatus mode for a number of weeks. I used precious data on my phone to tweet and gripe but other than that, I was as off the grid as I have ever been. No DrinkAlong, no Dead Battery, no Netflix and, worst of all, no gaming. That’s right… I’d been offline so long that even the games I could play without a connection required updates.

It got so bad that I cracked and finished a book. And not a comic book either… a REAL hard-cover book with no pictures or nothing. Erik Larson’s Dead Wake: The Last Crossing of the Lusitania. Highly recommended, as are all his offerings.

The whole ordeal got me thinking not of the nature of connectivity in regards to online gaming and digital rights management but rather about the places I missed most in Toronto.

We’re very happy in our new home and it’s welcome break from the city, but my wife and I harbour no illusions that we won’t be returning back to Hogtown one day.  Here are a list of the places I loved when we lived there.

I can’t wait to visit them all on our return. 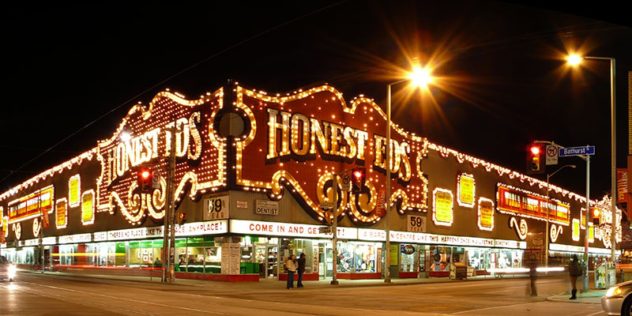 Who among us haven’t walked into Honest Ed Mirvish’s cathedral to commerce just to ‘get lost’? I have. Many times. I used to live up the street and there is literally no better place in the entire city to one-stop-shop a list that reads: coat hangers, can of ravioli, deodorant, DVD copy of Joe Don Baker’s Mitchell. It’s still the only place in Toronto or, to my knowledge, the world where you can line up to get a free turkey on special occasions.  Its thousand bulb exterior is bright and cheesy and it’s as embedded an institution as any Toronto landmark.

That is except for maybe… 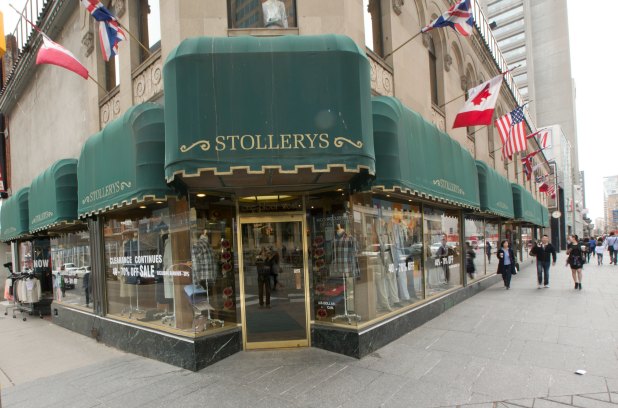 Sure, you can pay rock-bottom prices for menswear, but it isn’t going to land you your dream job. Do yourself a favour. The next time you’ve got a big date, or a promotion on the line, or you just want to feel good about yourself, head in to Stollery’s at Bloor and Yonge and just look at the ties. You don’t even need to buy anything, just breathe a deep nose full of the linen soaked air, hear the hardwood floors beneath creak your feet and caress the softest set of silk pyjama’s you’ll ever feel. It’s nice to know that you can still find an establishment with this much history and class at street level.

And while you’re in the neighbourhood… 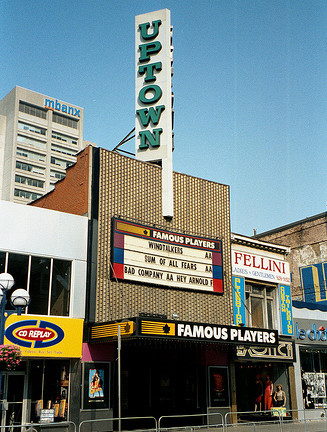 Originally opened in 1920, the 3000 seat theatre served as both a movie house and a vaudeville stage. Those roots can still be seen the ornate proscenium and large dome above the audience. Refitted several times since it opened, this little slice of Toronto history serves a vital role as a prime destination during The Festival of Festivals, showing gala movies as well as the ever popular ‘midnight madness’ series of alternative titles. I saw Wayne’s World, The Matrix, Jaws AND Baraka there… so… pretty cool stuff. I also remember taking a friend of mine from Muskoka to see a Bond film there who had never experienced “big theatre” sound and that was a real hoot. 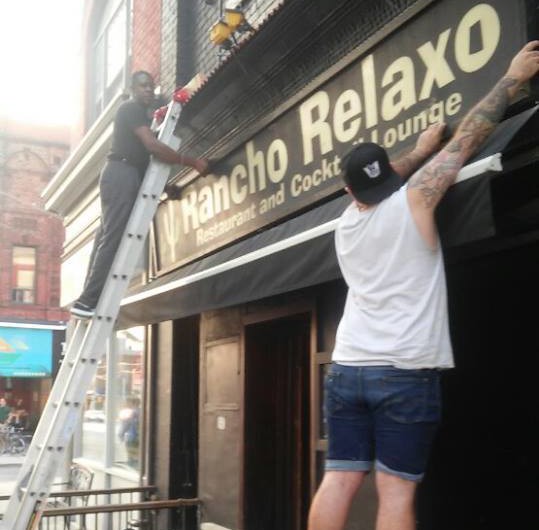 Granted, I’m not a regular… certainly not to the extent that others in the Modern Superior family are… but there’s always a good time to be had at the bar upstairs whether it’s comedy or music. I once found a cheap satin scarf in the long staircase leading up (or a dizzying post-show stumble down) that I kept for a decade. I wore it on a few subsequent trips back.

And if that doesn’t float your boat, how about… 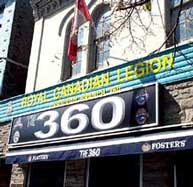 Where else can you catch live music OR amateur wrestling before heading over to other Queen Street institutions like the Velvet Underground, Ultrasound or the Big Bop? If you’re in the mood for a little black satin and leather, how about gothic hotspot the Sanctuary?

Or maybe you just want to listen to music in?  May I suggest making a stop at… 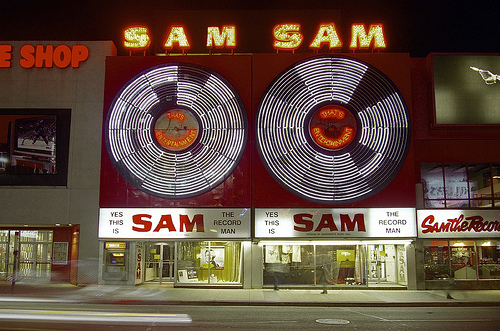 Sure, you could hit up the third floor of HMV (just a few doors down) and listen to a little jazz on the headphones, but Sam’s has the DEFINITIVE collection of indie cassettes on sale in the city. Don’t miss it if you’ve you want to pick up some hHead, Donkey or Drums Along the Gardiner.

Of course, when I do return to Toronto, I’ll be a family man. Yonge street is a young man’s game. For the next chapter in my life in the city I’ll probably slip back to the haunts of my youth… 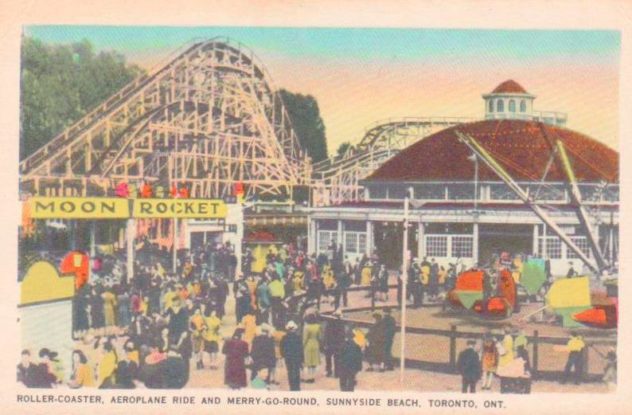 As a lad me and the gang would spend our summer days on Lake Ontario south of Parkdale and pay a nickel to ride “the Flyer” which, as far as I know, still has the “dippiest dips on the continent”. In my teenage years, we would head out to the board-walk where we could hear the Count Basie Orchestra play as the we watch the steam barges bound for Buffalo slip off into the waning twilight.

Those were good days… before the war.

Tour of the Universe

This Place I Saw Nirvana At

Dead Battery is written by ex-Torontonian Jeremy Schultz who is one half of the podcast DrinkAlong with Dave and Jeremy on Modern Superior. He has access to the Internet again and a copy of Fallout 4 on order.

Episode 25 - Galavant: The Rhythm of the Knight