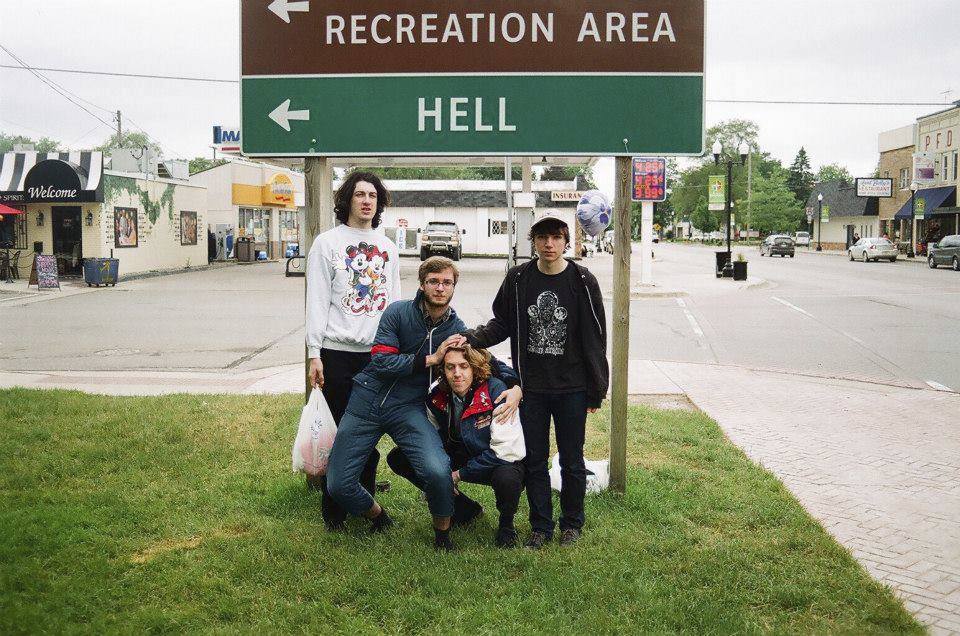 Out of Montclair, New Jersey, Tawny Peaks don’t seem to fit neatly into any fashionable category trending right now – neither the so-called “emo revival” that has lead to recent re-issues of seminal albums such as American Football‘s LP and the reformation of OWLS, or the math-rock guitar heroics that throwback acts can lean heavily upon.

Rather, on their sophomore album In Silver River, Tawny Peaks are subtly fusing together the two with gorgeous male/female indie-rock vocal harmonies acting as the glue upon which everything hinges. The band does not rely upon the dizzying energy or instant catharsis of emo’s second wave, but instead have taken the ebb-and-flow of indie-rock and utilized slow builds and moody crescendos to help communicate the emotional core of these tracks.

The guitars never stray too far into head-scratchingly intricate territory; interlocking lead-lines play off each other well, while the rhythm section never strays into the background nor does it battle for attention – there’s a real sense of grounding to these songs that makes the album entirely consistent and accessible without watered down.

It’s definitely a grower, as I’ve found myself coming back to the record more and more since my initial few spins. It also doesn’t hurt that echoes of Built To Spill’s more subdued and whimsical moments can certainly be heard in here. Plus, for an album that was “written and compiled during an extended period of transition”, there are no traces of uncertainty to be heard – it’s a remarkably confident record.