Do you guys remember back in 2004 when Pixies released the download-only single ‘Bam Thwok’? It was written and sung by bassist Kim Deal and sounded kind of like a middling estimation of a Black Francis song. It was pretty terrible but no one seemed to mind, or even take notice. It was given a pass because it was written for a children’s movie (Shrek 2) but deemed too inane even for a Mike Myers vehicle!  So we collectively decided to ignore it and continue to regard the bands track record as unflawed. And we were fine with that.

Then the news came on June 14th that Deal would be leaving the band. This was a sad day, but not unexpected. They had reunited for a while, delighted audiences (myself included) with shows in which they sounded better than ever. They’d had their last hurrah, and now it was time for the band to be mercifully euthanized. Which is why the news that they’d be continuing on without her was all the more upsetting and surreal. This was one of those rare bands that lived and died by the strength and originality of each member. Obviously without Deal’s unique and beautiful vocal and bass styles Pixies could not be Pixies. Without her anchoring the music they were just a collection of aggressively balding men with a bunch of misguided feedback. And we were sad, but we were fine with that.

Then the news came two weeks later that a new Pixies single was to be born unto us. But how? How would this even work without Kim? When a man loses an arm you don’t ask him to juggle. Then we heard the song.

It is called “Bagboy”, and it is the worst.

“Bagboy” tries to sneak past you. Produced by Gil Norton – the man behind the haunting temper tantrum that is their second full length Doolittle – the track almost uses his familiar production as misdirection; a reverb/distortion sleight-of-hand so we won’t notice the embarrassing, juvenile song writing. Lyrics such as ‘Like a small bird, pretty, while it’s crapping on a new day’ slide past with faux confidence, backed by Joey Santiago’s usual face kicking guitar attack. But the guitar is almost too emphatic; it sounds like an accomplice to a crime he knows is wrong over-enthusiastically trying to justify it.

But perhaps the most offensive thing about the track are the backing vocals. Upon first listen you think ‘Hmm, I guess Kim must have recorded her parts before she quit’. But listen closer. Kim is nowhere to be found on the track. The backing vocals and bass are performed by Black Francis collaborator Jeremy Dubbs DOING A FUCKING KIM DEAL IMPRESSION! How am I not supposed to feel hurt and betrayed by this? Dubbs is not the official replacement for Deal, that honour goes to Kim Shattuck, perhaps best known as the front of seminal punk rock outfit The Muffs. 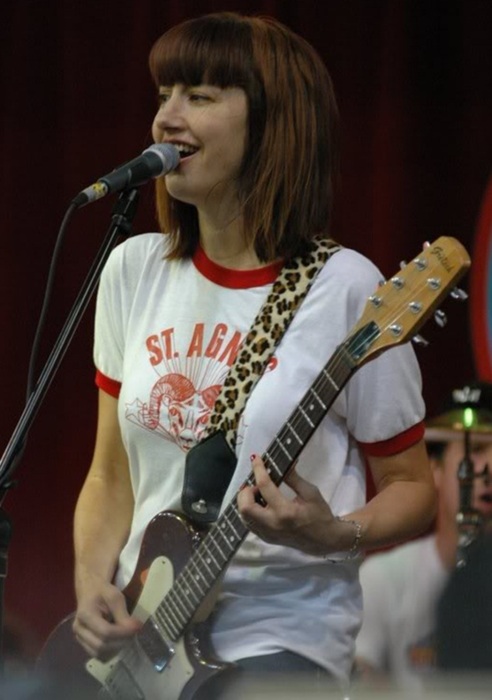 Hey guys,she’s super hot and her name is Kim, I bet no one even notices!

Now you’re probably saying ‘Hey Casey, why don’t you fucking relax already? It’s one song. This band has provided you with more musical inspiration than anyone else. They don’t owe you shit and you’re being a fucking baby.’ And you’re right. I am being a baby. But I’m a baby whose parents used to feed him nourishing, delicious foods and who suddenly switched out these wonderful foods for spoonfuls of their shit and bile.

I certainly hope that no member of the band EVER reads this article, because I would hate them to be even momentarily affected by my petulant, asinine vitriol. But this band has meant so much to me over the years that I can’t help but be confused and terrified by their new, seemingly inauthentic path. So I guess the only thing I can do is step off that path and let them go it alone.

NONA's Through The Head Is Packed With Poppy Indie Rock