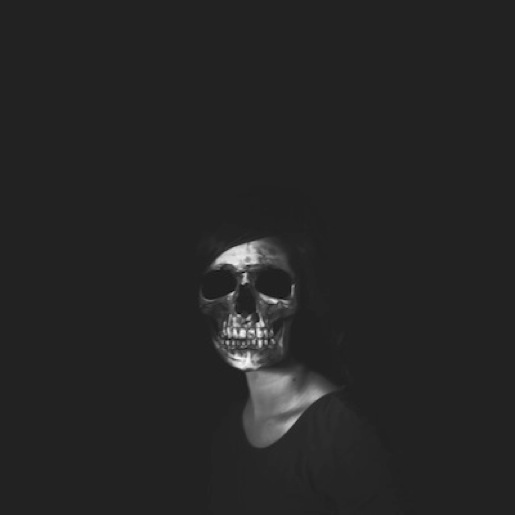 Stoner rock, vintage psychedelia, dream pop and sludge-riffery all collide on A Constant Sea – the brilliant debut album from Heliotropes, an all-female four piece hailing from Brooklyn. Though the album cover suggests that the music inside might resemble something of a horror movie soundtrack, A Constant Sea actually sounds more like what a summer day in New York City feels like – sweltering, bleak, crushing, and yet punctuated with moments of intense beauty.

Opener “Early in the Morning” sets the tone, with a grungy and simplistic riff that chugs along under pounding percussion from drummer Cici Harrison. Jessica Numsuwankijkul joins in, with her fuzzed out vocals ratcheting up the tension. When you think the track is about to reach it’s loudest moment, Heliotropes pull back and the song really opens up. Gone is the distortion, replaced by a gentler delay-tinged riff and layered vocal melodies – but it doesn’t last long and soon we’re back and just as heavy as before. It’s this push-and-pull dynamic between melody and metal that makes A Constant Sea such an enduring listen.

The aptly titled “Psalms” manages a similar feat, while also including multiple tempo jumps, psych-rock jamming, and wailing guitar heroics. “Awake” and “Everyone Else” provide the acoustic and mid-tempo passages that allow you to catch your breath, also calling to mind Frankie Rose‘s solo records – as well as her work in Dum Dum Girls and Vivian Girls.

While stoner metal purists might scoff at some of the more melodic passages on A Constant Sea, doing such would be an incredible disservice to Heliotropes’ talents. Heliotropes look back, past the 80s and 90s – where their contemporaries’ memories apparently end – and straight into the haze of the 60s and 70s. They bring a classic, beer-soaked groove to their Gen X indebted attitude and fury. A Constant Sea has no ambitions of simply battering you into submission, but is instead interested in what happens in between all the chaos.

The Concretes' Self Titled Antidote to Indie-Rock Cynicism