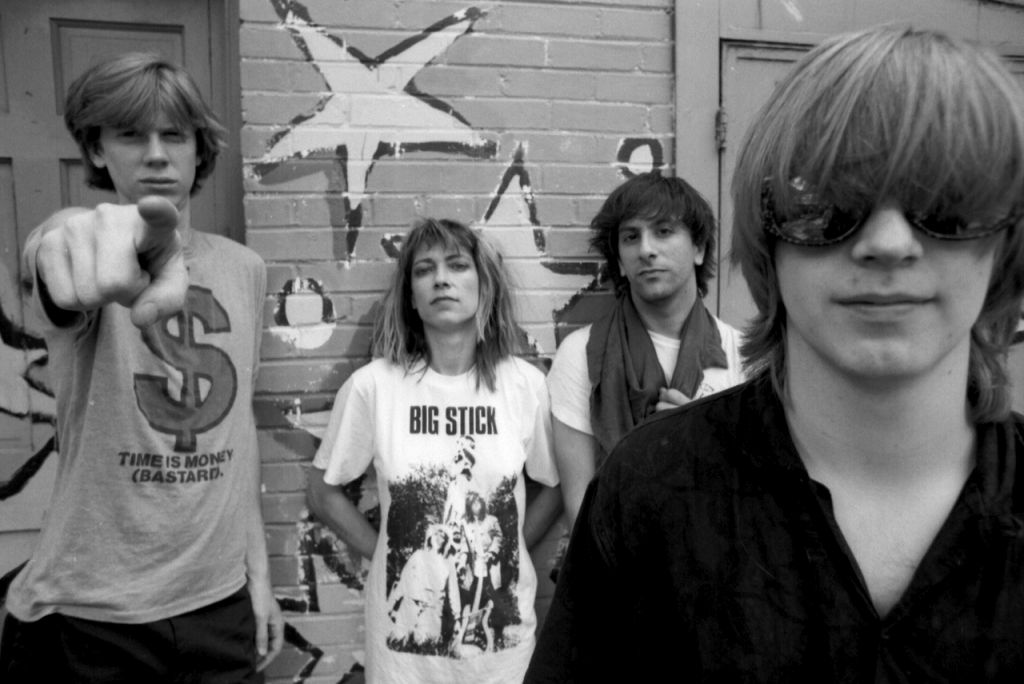 Full disclosure: I did not listen to much Sonic Youth in my wayward teens. I didn’t take advantage of the opportunity to see them at Lollapalooza touring Washing Machine. I feel as though this puts me at a severe disadvantage where the amount of time necessary to digest their back catalogue in its entirety and speak with authority about it would outlast my time on this planet. But I am trying anyway.

And here is the ocean, vast, immutable. Deserts are vast and immutable, but they imply nothingness. They wield this nothingness like a weapon against your insurgency. Wastelands. Oceans are deep and mysterious. Full of unknown life, treasure, and horror. They are chock-a-block with killers, giants, and monsters who light from within. They are so deep we cannot properly plumb their depths. They are the source of almost all life on the planet and remain a closed book to us. A locked door.

Four songs that start with S in a row. What am I to make of this? Does it mean something? Some kind of message? If so, what? If not, why not? A Skink is a kind of lizard, no?

No pinning down, no neat and tidy classification (Kingdom, phylum, class, order, etc. etc.) A preoccupation with schizophrenia. Guitars that scream like incontinent car-alarms and bleat and moan like sick livestock. The drums exist as both sacred canvas and painter’s flourish. A tradesmen and an artiste.

Such a flagrant disregard for fitting in or being cool. Dead-sounding but full of life.

And yet there is sand here too – our boots are full of it. We have to stop at intervals to empty them. Not the fine, white, beach sand of the gulf coast or the sub-tropics but the gritty, teeth-tearing, don’t-get-it-in-your-food-or-worse-an-open-wound sand. The salt flats of Arizona would be an oasis by comparison. Shale. Nights as cold as anything you could remember growing up. Days where your eyes boil. You tongue lolls and wags. Your head nods as waves of helicopter-blade drone washes over you, your body rocks. You find yourself unable to tear your eyes away from the couple making out in front of you. At one point she opens her eyes and notices you staring. She doesn’t stop, and she doesn’t stop staring back.

How can these be love songs?

New York. This is not a New York I can know, or may know. It doesn’t exist anymore, if it ever did. A negative image of the island of Manhattan that exists underneath the one we all know, with it’s tourist traps and Trader Joe’s. Either way it is metallic, and smells like progress if progress smelled like stale urine in a night club. Your ears buzz as you near the epicenter of this noise, this squawk. Hey, are you Kim? Yeah? Cool.

Either everything is throwaway, or nothing is. A man is not a scuttled ship, nor a shaded pool just over the next dune.

A swarm of angry bees chases you down the street, arms flailing. If only you knew the secret to evading them. What was it again? Stand perfectly still? Jump in water? A stranger pulls you into a doorway and pushes you inside into a walk in freezer. The angry posse moves on.

“Bees see heat. So if you run, your body heat rises and they can track you more easily.”

“Does it matter? It worked.”