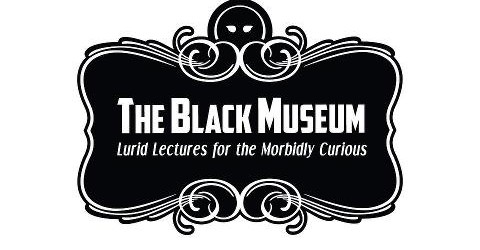 The average film fan could be forgiven if the title of The Black Museum‘s latest lecture Black Glove Ballads only conjured up a vague reference to Spinal Tap above anything else. But in actuality, the latest event curated by Paul Corupe and Andrea Subissati – and hosted by Mark Hasan – focused a spotlight on the art of the Italian Giallo soundtrack. The lecture couldn’t have come at a better time either, as it was scheduled for the evening before seminal Italian band Goblin rolled through Toronto. How about that?

My grasp upon the Giallo film genre has always been tenuous at best. My introduction could most likely be traced back through the genre’s heavy-hitters like Argento, Bava and Fulci, using their non-Giallo output as a jumping off points (“Dude, if you’ve seen Demons you’ve gotta check out Argento’s own films!”).

While I’ve seen a handful of the most notable entries within the genre, overall I’ve only scratched the surface – as the genre has a particularly deep history. As far as the soundtracks go, while I’ll often reach for Goblin’s La via della droga, Deep Red, Patrick, or the DRG Records compilations when I’m working, I was in the dark otherwise. So, as October 10th approached, I got really excited to dive into the world of Giallo films and their soundtracks 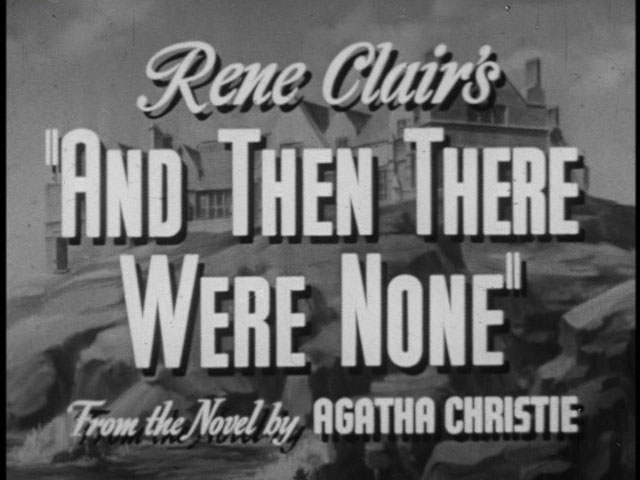 Mark Hasan proved himself to be an extremely knowledgeable personality right off the bat, setting up an outline of what would be covered – which included a brief introduction to the origins of the term Giallo. I was completely unaware that the term traced as far back as the late-twenties and was used to describe early mystery novels adorned with distinct yellow (Giallo being Italian for yellow) borders. Even more interesting was the practice of importing and translating novels by writers such as Agatha Christie or Raymond Chandler, and then attaching lurid attention-grabbing art to them.

Next, Hasan provided a short history of film soundtracks and the transition from silent to sound – touching upon such films as Phantom of the Opera, King Kong, and Bride of Frankenstein, outlining how those films bridged the gap between the practice of using opening / closing title themes only, into full original scores utilized throughout entire pictures.

Which brought us to the first film discussed in length: the 1945 film adaptation of Agatha Christie’s And Then There Were None. Obviously – since this was a Christie adaptation – the film utilized whodunit mystery plotting within a body count structure that would later come to be standard in the Giallo genre. And Then There Were None also saw the introduction of a light sense of humour to the bleak proceedings, another element that would follow through to the Italian films Hasan discussed later.

The soundtrack of And Then There Were None in particular took specific rhymes from the book itself, turning them into sing-song cues written to match up with the visuals in each scene. This would be something seen again later as well, as the genre progressed. Another film that shows up at this point is Touch of Evil – with Hasan’s clip showcasing a scene where source music is used. In this scene, instead of the soundtrack reacting naturally as the camera travels away from the source of sound itself, it continues through the scene not unlike a standard soundtrack clip. This disorientation is another proto-Giallo element that pops up again and again, in order to keep the viewer on edge. 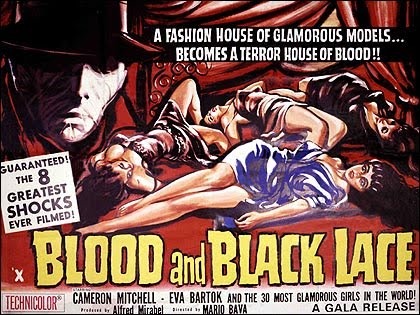 From here, Hasan jumps straight into the orchestral jazz of Blood and Black Lace – another exploitative soundtrack that plays with the viewer as it drops in and out at opportune moments. This served as a great segue into Bava’s Bay of Blood – one of the films I was most familiar with going into the lecture. Hasan explained how Stelvio Cipriani‘s score for Bay matched Bava’s sense of humour – combining exotica and contemporary rock into lush cues for the title sequence and dramatic scenes, lulling the viewing into forgetting they’re even watching a horror film before pulling the rug out from under them. This was demonstrated again in the second clip Hasan chose from the film, a scene of ridiculous melodrama following a woman in a wheelchair with surging orchestral tones before – just like a gotcha! moment – she is murdered. 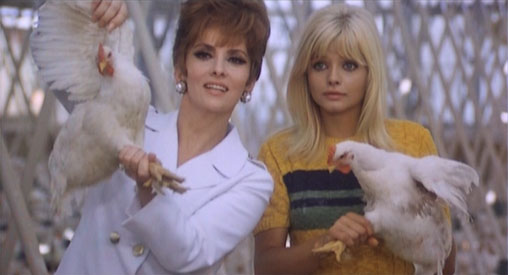 Next Hasan touched upon a film I had never heard of before, Death Laid an Egg – a strange film that follows the love affair between three chicken coop owners… uh, yeah. The soundtrack examples here included scat lyrics (possibly intended to function as a link between music and poultry Hasan pointed out), a tender flashback scene with more interesting vocal work, and the lead up to a murder featuring off-beat jazz to shock the viewer straight into the strangeness of these character’s lives.

After a brief intermission (beer!), Hasan took to focusing on Ennio Morricone‘s influence on the genre – as well as his free improvisation collective Gruppo di Improvvisazione Nuova Consonanza and how they revolutionized the Giallo soundtrack with their truly wild soundscapes.

Here, Hasan isolated and overlapped Morricone’s score from the The Bird with the Crystal Plumage soundtrack over the opening of the film, to show how Gruppo di Improvvisazione Nuova Consonanza’s style was incorporated into his Giallo themes. His percussion hits aren’t executed on cuts or beats of action, as one might expect, but instead fall on awkward and unnatural moments, working in Morricone’s favor to create a more tense “anything can happen” ambiance. This leads into Morricone’s score for Argento’s The Cat o’ Nine Tails, and it’s use of instruments to represent specific characters within the film. The rhythm of Morricone’s score here syncs up with entire scenes, as opposed to scoring moment by moment, lending a cohesive air to the picture and allowing the audience to understand the musical themes – that he then reconstructs throughout the picture. 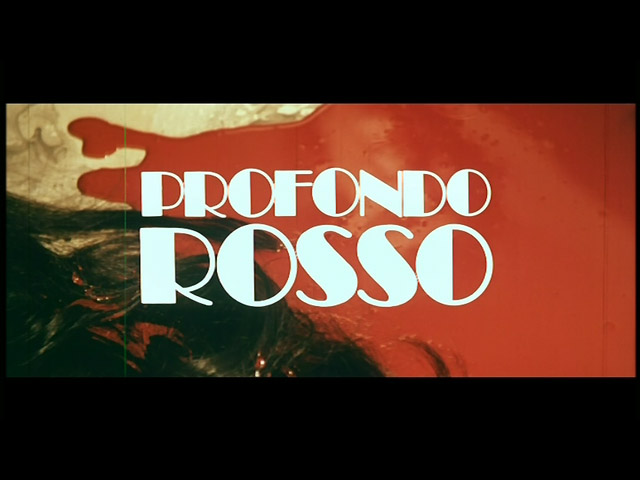 The introduction of Goblin is made for the first time during the lecture with Deep Red – another film on the viewing list that I’ve seen a handful of times. In Deep Red, Argento utilized strings and a child-like theme throughout – while the remaining score was left entirely up to the band to fill. Argento’s decision to use Goblin – after Giorgio Gaslini‘s score proved to be disappointing and not up to Argento’s standards – would set the tone of his filmography and influence the shape of Giallo soundtracks for years to come. Hasan compared Goblin’s full soundtrack version of Deep Red‘s drowning scene to the finished film cut, making note of the small percussion and tempo flourishes that Goblin used so effectively in their scores.

Tracking Goblin’s evolution from prog through to disco as mainstream trends, band members, and recording techniques changed and evolved, Hasan leads us through to what is arguably Argento’s last great Gaillo film featuring what he claims to be Goblin’s most mature score – Sleepless. With many distinct musical themes, fast movements, and pounding bass lines, Goblin manages to provide a soundtrack with dynamics that follows each individual scene – harkening back to the band’s work on Deep Red and Suspiria. 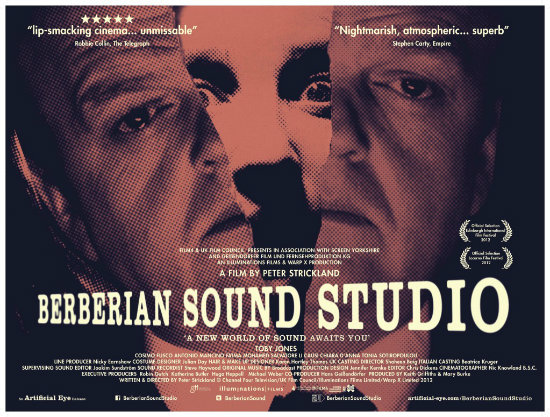 And with that, Hasan wrapped up on where the Giallo is now – with specific mentions of the recent films Barbarian Sound Studio and Amer, two modern films which borrow heavily from the visual and aural trademarks of Giallo film that Hasan covered throughout the lecture.

Overall, I was extremely pleased with the quality and range of information provided at the latest Black Museum lecture. Aside from the plethora of fantastic video clips from the movies being discussed, no other visuals (other than a black screen, intermission slide, or computer desktop) were offered up. Hasan – again, clearly extremely knowledgeable in the genre – jumped from movie to movie, filling the gaps with welcomely dense side-bars and tangents. Unfortunately, without any kind of PowerPoint or slideshow to keep attentions on track, I found my interest waning more than a few times due to a lack of visual stimuli.

Aside from this issue, The Black Museum‘s Black Glove Ballads: The Art of the Italian Giallo Soundtrack was packed with enough thorough research and striking video that anyone in attendance surely left with a handful of movies to rent, multiple soundtracks to purchase – and hopefully a better understanding of the rich history of the Giallo film in general.