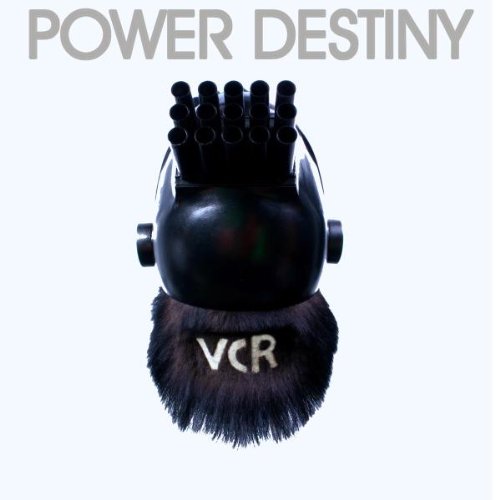 Waxing Nostalgic is an ongoing series of articles shedding light on albums gone unappreciated or overlooked for too long. This post was originally written as the second Waxing Nostalgia column for Two Way Monologues on April 3rd, 2011.

Was it just me or did the dance-punk explosion of the aughts contain very few bands who actually showed a distinct punk-influence? Looking back, it’s hard to see past all the hype and disco hi-hat beats to find anything that actually sounded like punk rock. Sure, there were some highlights of the genre that proved it could work wonderfully when done well — The Rapture’s Echoes of course, as well as my personal favourite Thunderbirds are Now!’s Justamustache — but very quickly it dissolved into the watering down of an already outdated sound.

Into the ring stepped VCR, with their 2003 self-titled EP released on the small Richmond-based record label Pop Faction. The trio’s sound featured a bevy of synthesizers over honest-to-goodness punk vocals and drumming — their sound owed more to guitar-less synth-punk pioneers like The Screamers or early Hot Hot Heat than it did to the aforementioned genre they reside in. As interest in their self-titled EP grew, SideOneDummy Records (home of The Casualties, 7 Seconds, etc.) re-issued it in 2005 – as well as handling the release of their one-and-only full-length follow up Power Destiny in 2006.

“Do You Wanna Triumph?” off Power Destiny

Their bass-and-synth driven sound allowed VCR to avoid the usual pitfalls most dance-punk bands succumbed to — like the generic post-punk aping and angular guitar riffs, or the over-reliance on chorus based melodies. The music of VCR was most interesting due to the battling synth lines and punk vocals of Chad Middleton juxtaposing with the backing melodies of Mya Anitai.

To get to the point of it, VCR were doing what so many attempted but failed to do: stay punk but shake some asses. I’m not too sure why they ended up a footnote in the crowd of bands they were so clearly better than, but there you go. VCR’s self-titled EP and Power Destiny are two very consistent records that deserve some attention by those who either loved this kind of stuff, or were cynical about the bands who rose to popularity by doing it wrong.

Don’t just take my word for it! Here’s some more VCR hype:

“There are plenty of people who’ll try to lump this disc in with the recent 80s revivalist wave on account of the bandname, the artwork and the synthesizers, and I suppose it’s of a piece with the post-post-punk that’s dominated the five boroughs and year-end lists lately, but it frankly doesn’t sound at all like that decade. The buzz of the synths hints at it, but there’s at least as much Dischord abrasion and punk gallop in this stuff as there is Human League dancefloor pyrotechnics.” – Pitchfork’s review of VCR EP.